As Arnie Alpert prepares to retire after nearly four decades with the New Hampshire Program, we are looking back at his record of leadership in nonviolent action, policy change, community education, and training for hundreds of activists.

Arnie is known for coordinating the lengthy campaign for adoption of a state holiday honoring the Rev. Dr. Martin Luther King, Jr., and for similar persistence in the successful campaign to repeal New Hampshire’s death penalty.

He is also known as one of the go-to people for training, especially for those planning civil disobedience or other nonviolent demonstrations and for anyone who wants to get their concerns heard by candidates for office.  If you include people trained by people he has trained, the numbers of activists he has helped prepare reaches into the thousands.

When concerns about the impact of economic globalization on jobs, human rights, and democracy emerged in the late 1990s, Arnie was part of the AFSC team that shined a light on the global trade/investment agreements and the international financial institutions which fostered exploitation.  Locally, that included education/action campaigns at shopping malls and chain stores where sweatshop-produced items were sold, and pressure campaigns on global corporations calling upon them to respect the rights of workers.

Arnie’s articles have appeared in many publications, including AFSC magazines and blogs as well as  local New Hampshire newspapers and his own blog.  In the past decade, the “State House Watch” newsletter he produces with Maggie Fogarty and Susan Bruce has become an invaluable resource for progressive advocacy at the State House in Concord.

Arnie’s nearly four decades of leadership and action for peace and justice have created an enduring legacy of people power that have made a difference throughout New Hampshire and beyond. 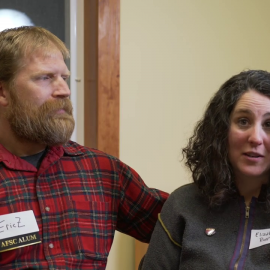 Eric Zulaski & Elizabeth Ropp
Manchester, NH
US
I am an Activist 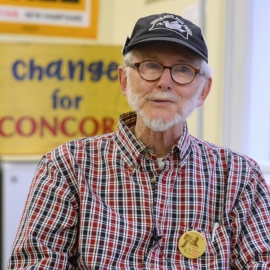 Will Thomas
, NH
US
I am an Activist 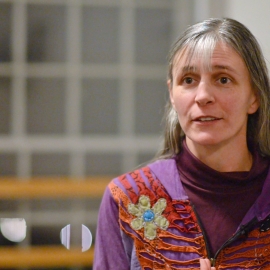 Amy Antonucci
, NH
US
I was an Activist 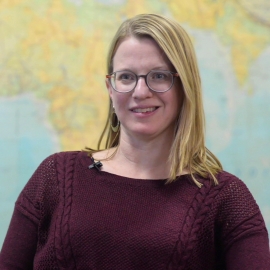 Devon Chaffee
Concord, NH
US
I am a Partner
...a lifetime spent in nonprofit service in New Hampshire would be one very well spent.
Dick Ober
,
US
I was an Activist
Arnie led a group of Bird Doggers holding 8 foot banners of issues to bring to...
Barbara Dennett
Madbury, NH
US
I was a Volunteer