AFSC's long and sometimes contentious effort to end apartheid began with divestment from Chase Manhattan Bank by our New York office in 1965.

In 1974, we hired veteran Africa activist Bill Sutherland to connect with the liberation movements and help inform our U.S. work on Southern Africa. A 1977 study tour and 1980 delegation visited the region to assess the problems, gather input, and develop strategies for AFSC involvement.

We focused primarily on how the U.S. government and businesses were supporting South Africa, and we called for sanctions and divestment to force an end to apartheid. Then we provided tools for college students, faith communities, and others to pressure their institutions to divest from South Africa. As part of this divestment strategy, our Atlanta office led a successful nationwide boycott of the Coca-Cola Company in the 1980s.

As the divestment effort grew, AFSC brought both organizing expertise and a national U.S. presence to the cause. We worked to connect the efforts of D.C. policy groups, students, unions, churches, and municipalities. Ultimately, public opinion shifted and the divestment campaign contributed to the downfall of apartheid in 1994. 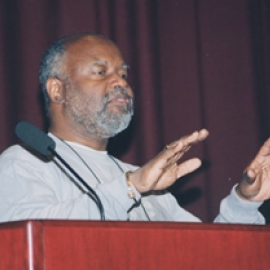 Bill Jenkins
, NC
US
I am a Supporter