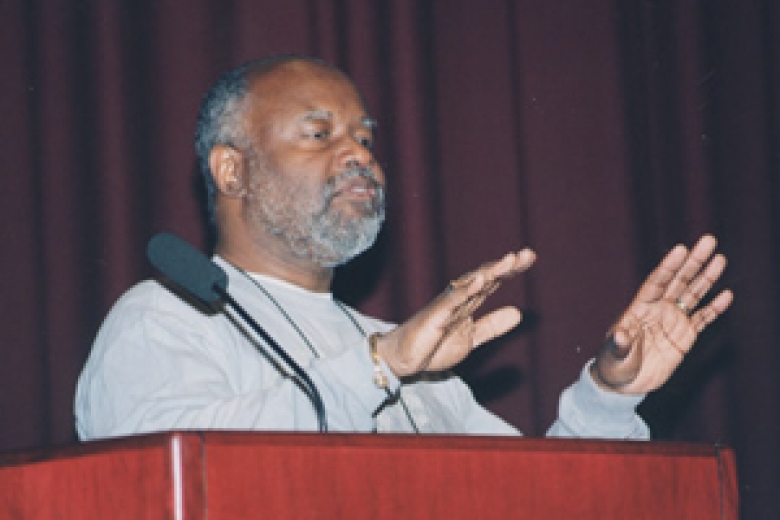 I am a Supporter
Bill Jenkins

My family’s roots in Quakerism stretch back to 1861, when a Quaker woman became the nurse for my great-grandfather’s regiment, the First South Carolina Volunteers, which was the first black regiment to fight in the Civil War. After the war, she continued to work with the men and their families and founded a Quaker school in 1866, which my family attended for generations. While I started my education at this same school, my mother made the decision to transfer me to the school of my father’s family's church, a Catholic school. There were many differences between these two schools and faiths, but Quakerism remained an important presence in my life, especially after college when I began working on a AFSC program in the Lorton Reformatory outside Washington D.C.

After this experience, I went on to get several degrees and began working at the Center for Disease Control in Atlanta, where I got to know one of the people I call the “cool white guys”, a man who also turned out to be Quaker. He told me about the AFSC Atlanta office’s South Africa program, sparking an interest that was reinforced when I met a student who was the brother of Stephen Biko, the leader of the Black Consciousness Movement in South Africa during the terrible period of apartheid. I became very involved in AFSCs anti-apartheid program and worked for about three years on various projects, including the campaign against Coca-Cola, which was supporting the South African government’s segregationist policies.

Following this long-term involvement with the organisation, I was asked to serve on the Regional Board. I was hesitant because I had always seen Quakers as angelic, and I didn’t think of myself that way. That perception changed after AFSC decided to lay down the material aids program in southern Africa, when a group of women came to the board and raised hell. Seeing that convinced me that I could be a Quaker after all. I became clerk of the South Africa committee, enrolled my daughter in a Quaker school, and joined the Atlanta Friends Meeting, where I feel at home even today.

Looking back on my experience with AFSC, I think that the committee is one of the few organisations I’ve been involved with that is really dedicated to upholding equity through its work and operation. I worked with the American Red Cross for a while, and in comparison with the Quakers, they seemed ruthless. When I was growing up there were seven Quaker testimonies, one of which was discernment, the process of waiting until God moves us to consensus on an issue. I think all of us who are Americans want things quickly, leading us to struggle with the two testimonies that I think are among the most important: peace and discernment. Through my work with AFSC, I developed a commitment to this process which required me to be patient but also made me feel even more in congruence with the organization than I had even realized when I first got involved.

From what I have learned and seen of the organisation over the years, it seems that AFSC has achieved the most, and attained the most recognition, for standing up to those who represent bigotry and injustice. I believe that Donald Trump presents a wonderful opportunity for us to clarify the remaining racism and discrimination in America, which I saw first-hand growing up in Charleston, South Carolina. As an organisation and a society, we need to not just defend our rights but continue to be assertive in our programming and take the fight to those who are keeping bigotry alive in our country.

Selected from an interview done by Milena Wuerth, an intern at the AFSC office in Greensboro, NC.