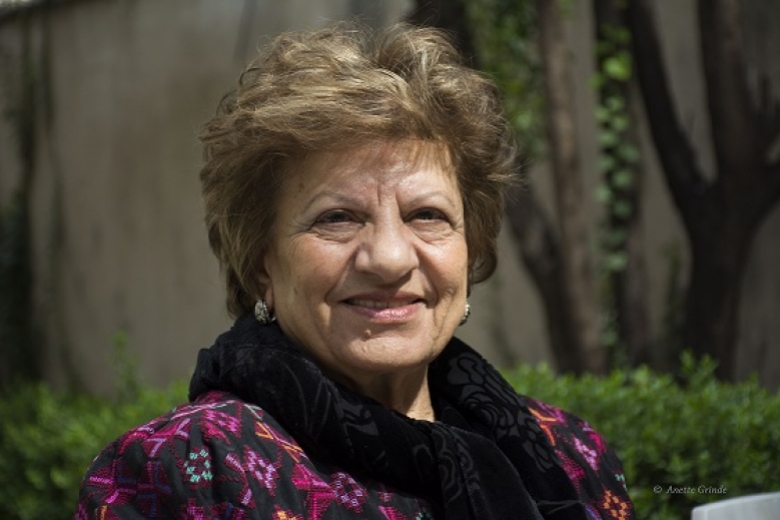 I am a Supporter
Jean Zaru

I am Jean Zaru, a life-long Quaker, and Presiding Clerk of the Ramallah Friends Meeting in Palestine.

I have always thought of AFSC as a movement rather than an institution – a movement in the sense that it moves and adapts to changing needs and where its projects adjust according to the circumstances of the local communities in which it works. This is much healthier than remaining stagnant. AFSC is like a river that flows and forges new paths.

AFSC has grown and become increasingly relevant as it opened itself to new understandings and became involved with local people, listening and following their lead. Indeed, AFSC has always showed a willingness to learn.

Palestinians witnessed their critical work in 1948 when AFSC became well-known in the refugee camps, not only in Gaza but also in Lebanon. More than any other organization in Palestine, AFSC believes that the primary actions for nonviolence and social change are education and advocacy. The AFSC play centers in Gaza proved to be extremely helpful for Palestinian refugees. They helped empower the local community in making their own decisions. Hence, several projects were eventually handed over to local organizations.

Frequently, over the years, I was invited to participate in meetings about AFSC’s peace building programs and many delegations visiting AFSC in Jerusalem participate in Meeting for Worship in Ramallah. When I think of AFSC the quote, “Quakers’ are the mothers of feminism”, by theologian Rosemarie Ruether comes to mind because we have always made equality and justice for women central to our work.

Another example is that Quakers and AFSC were instrumental in opening dialogue with the Palestine Liberation Organization in the 1970’s. This demonstrates, once again, that AFSC is daring and courageous, that they are willing to take risks and lead boldly.

Jean Zaru lives in Ramallah. She is a Palestinian Quaker and a pioneer on women’s equality. She is the author of several articles and books including, Occupied with Nonviolence: A Palestinian Woman Speaks' ,' Structural Violence: Truth and Peacemaking in the Palestinian Experience.