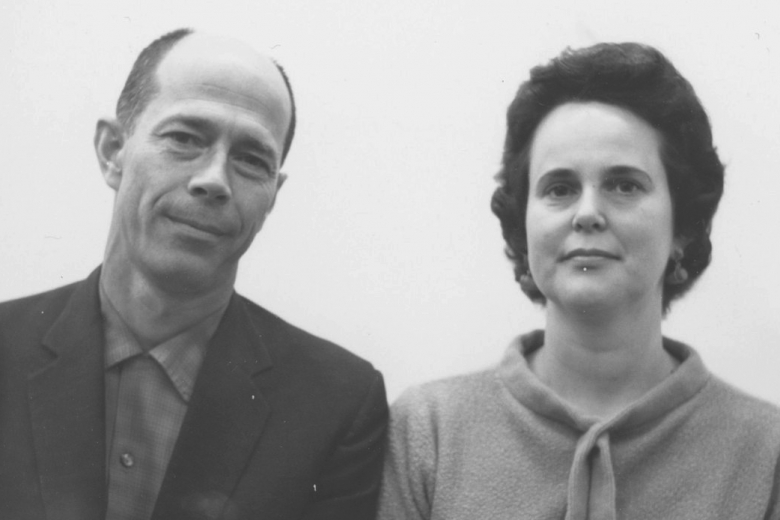 I was a Participant
Lynn Johnson

The American Friends Service Committee offered my husband and me the opportunity to make the world a better place. Cy was a conscientious objector during World War II and he always wanted to do something for his country. He was brave; during the war he was a “smokejumper,” which was a parachuting wildland firefighter. But AFSC gave him the opportunity to do even more.

We would spend the summers at various AFSC work camps, initially as volunteers in the 1940s and by 1954 Cy became a camp co-director.

One of my strongest memories occurred when we were in Philadelphia and I participated in an experiment. A black woman went to a tomato soup factory. She had a degree and experience, but when she applied for a job they told her that no jobs were available. Later, I went to the same factory to apply for a job. I told them that I had no degree and I had children so I would need to be out periodically. They offered me the job. We were making a point.

The first place we took the kids with us for a summer was Morris Fork in the mountains of eastern Kentucky, around 1957. Beth was three and Cy Jr. was two.

[From the AFSC Work Camp Announcement: The area was formerly a large mining center, but a number of mines are now closed. Morris Fork is on the edge of a wide area which was badly hit by January floods. A major and growing problem in the community is the serious soil erosion which has resulted from the floods. As Cyrus noted in his report, participants had to adjust to living in quarters too small, no hot water except when heated on stove, no bath except in river, no running water in living quarters, and outside toilets.]

That was the year of the Asian flu and a lot of people got sick, including me, so Cyrus had to take the kids to the work site. I remember him telling me, “I am so glad you don’t mind them getting dirty!” But I didn’t have the energy to mind much of anything. Everywhere we went, we had a task to do based on the needs of the people – and Morris Fork had a lot of needs. Of course the local residents always participated, and part of the assessment of the project was the success of community involvement.

Our final placement was two years in Lima, Peru, in the 1960s. AFSC was working with a women’s sewing cooperative, a clinic, and some other programs to help men get jobs.

We put the kids into a local school – a real experience for everyone. Actually there were a lot of unique experiences. I remember long train rides surrounded by native Indians. People cared about us, locally and organizationally. We had many friends in Peru but I also always enjoyed the visits from AFSC staff from Philadelphia. Our time in Peru was a great way for us to end our service.