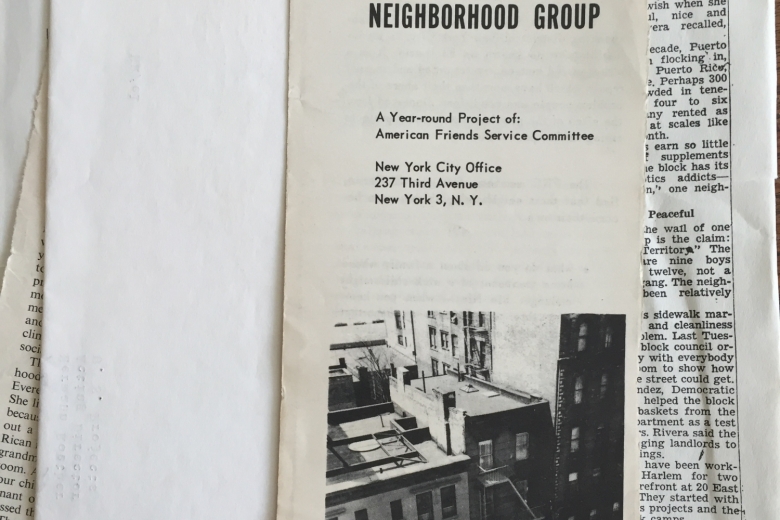 I was a Participant
Hugh Corbin

I came to know about the Service Committee and get involved because of Bayard Rustin – one of the most amazing men of the civil rights movement.

Bayard was the director of the War Resisters League and I was trying to expand what they were doing. Several of us were asking Bayard how we could do more. He sent us to Robert Gilmore.

Robert was a Quaker, active in peace and civil rights groups from the 1940s through the 1960s. He was executive director of the Manhattan office of the American Friends Service Committee. He supported us in the civil rights movement and helped us to organize protests against civil defense drills. Eventually he got me involved in the Friends Neighborhood Group in Harlem.

The experience was incredible. And it had the added bonus of being the place where I met my wife, Maris. I spent a lot of time later in life trying to get young people into summer work camps because I thought it was crucial for middle class kids to have that type of experience. I was sorry when AFSC moved away from work camps, but I understand the controversy around going into a poor neighborhood and doing work for the community. That was the unique part about Friends Neighborhood Group in Harlem – we became part of the community.