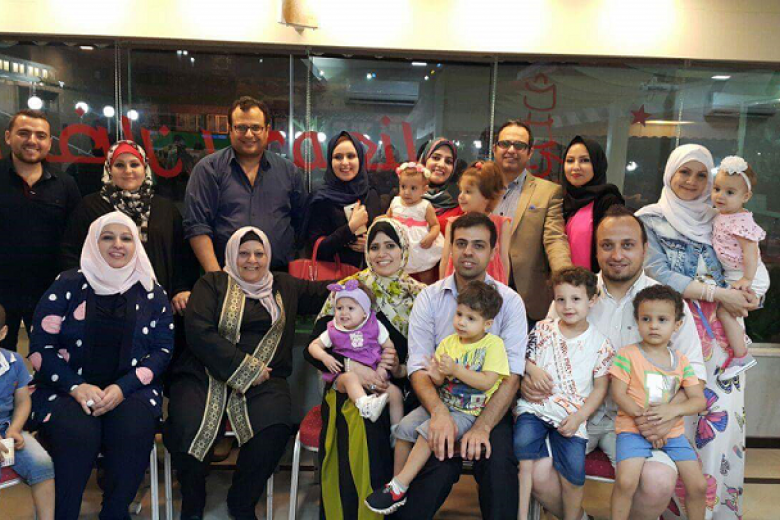 I was a Staff Member
Majida Sharrab

I was first introduced to AFSC when my father joined the organization to help distribute food rations to Palestinian refugees in Gaza in 1948, after the flight from his original hometown of Al Majdal.

When AFSC pulled out of Gaza, he was immediately appointed by the U.N. Relief and Work Agency (UNRWA). As a daughter of a refugee, I benefited from education at UNRWA schools in Gaza, for free.

At 18, I enrolled in UNRWA's Women's Training Center of Al Tireh, West Bank, to acquire vocational training as a kindergarten teacher, since I loved children and loved being around them.

Thanks to my father's connections, I was introduced to an AFSC staff member in the late 60s, who visited me in the vocational training and was impressed by the curriculum studied. During the discussion, it was agreed that kindergartens were one of the priorities in Gaza at that time.

One year after, in 1970, AFSC opened its first kindergarten in Gaza in Shatt'i camp and then another one in Sheshaiyeh. The Quaker Kindergarten Program in Gaza was set up to provide services to Gaza refugees and continued to do so until the program was devolved into a local organization in 1993.

In December 1973, I joined the kindergarten as a teacher. It included four classes of 30 children each. As a teacher and then administrator, working at the kindergarten was a joy for me. I introduced teaching through play, used clay, boards and other raw material available. The teaching methods at the time did not allow for pencils and paper were not allowed, despite parents' objections, but I enjoyed the time with kids in singing, story-telling, teaching them numbers, etc. The kindergarten also included a hall where kids could "see" things: How plants grow, why some objects float and others do not, etc.

Today, Majida Sharrab (Im Mahmoud) is the mother of four boys and one girl, and has 10 grandchildren. She lives in Gaza.