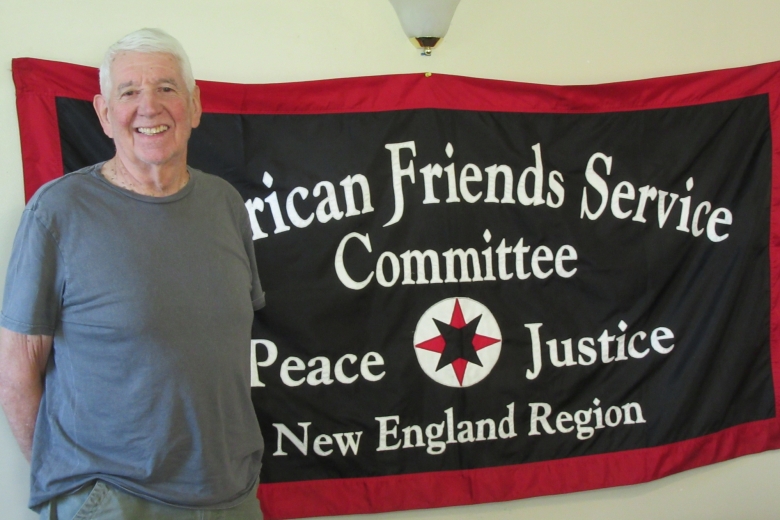 I was a Staff Member
Michael Price

In September 1973, my wife and I traveled to Israel to help launch AFSC’s Quaker Information and Legal Aid Center in East Jerusalem. The center’s goal was to apprise residents, both Arab and Jewish, of their rights and responsibilities under Israeli law. It was a fascinating time to be there.

Maybe a week or two after we arrived, I was in the Old City when I heard a loud air raid siren. I thought it was a shofar—part of the High Holidays ceremonies—but someone warned me that it was an air raid siren and that I should get home immediately. It marked the beginning of the Yom Kippur War. I remember that we had to black out all the windows.

The war delayed the opening of the center until 1974. Soon after we opened, a Palestinian came to the office and said they were being evicted from the Old City because Israel wanted to move Arabs out. I went to the deputy mayor of Jerusalem and explained the problem. I told him that people were coming into the center who had deeds to their homes but were being evicted in order to repopulate the area with Jews. While I was in his office, he called a well-respected civil rights lawyer and after his conversation with him, he said, “I think you have a case here.” I contacted the lawyer who agreed to take the case.

I wasn’t a lawyer at the time, but I had been a community organizer in Boston, so I knew this could take a long time. I interviewed four different homeowners who were under threat of eviction and wrote up a summary of each case, which I gave to various newspaper reporters. In one case, they destroyed the buildings around his, leaving the back wall of his kitchen open to an open pit 30 feet below and then declared it unsafe to inhabit. Another person had home ownership papers going back to the Turkish period.

I was friends with some journalists and I took them on a tour so they could meet these Palestinians. The reporters (who were from The New York Times, Christian Science Monitor, and other international papers) contacted the mayor of Jerusalem at that time, Teddy Kollek, who immediately told the company in charge of evictions to halt all activities, which they did. So, that was a partial success, even though 90 percent of the people had already moved after being offered money to leave.

Prior to going to the Middle East, my wife and I were sympathetic to Israel, as was probably the case for most Americans. This was a country and a people that had survived a lot of injustice. But it didn’t take long for us to see that Palestinians were enduring considerable injustice as well—injustice that continues 30 years later as new Israeli housing is built on occupied territory contrary to UN resolutions.