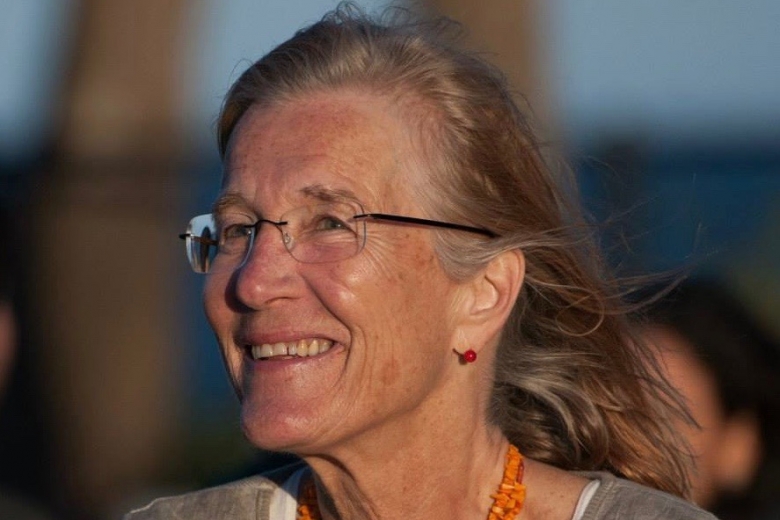 I am a Participant
Naneen Karraker

“Peace requires more than the absence of war and violence. Peace requires the presence of justice, access to sustainable livelihoods, and basic human rights for all.” (From: An Introduction to Quaker Testimonies)

I’d picked up the flyer announcing internship opportunities in late November 1970 when, as a senior at the University of California Berkeley, I was yearning to test myself in the real world. As a young White woman originally from a rural, upper middle class family, burying myself in academia wasn’t working.

“Since you’ve taken some criminology courses, I’ve got just the right place for you,” the counselor chirped. “It’s a halfway house, one for ex-prisoners that the American Friends Service Committee runs.”

A week later, I arrived late at the orientation session. A handsome man, clutching an unlit pipe and sporting a worn beret, was already engaged in lively conversation with a half dozen students. Jan Marinissen, Penal Affairs Secretary for AFSC’s Northern California and Nevada region, simultaneously questioned and informed, trying to assure us that working at Austin MacCormick Center was the place to really learn about peace and justice. He called it a sanctuary in creative tension with the penal system. I liked his style.

“So, you’re studying psychology, criminology, sociology. This is good,” he noted in his deep Dutch accent. “Maybe you can learn more from the men at the House. I don’t know. It may come.” Riddles full of potential.

After winter break, I stepped into Austin MacCormick for the first time and a whole new world opened up. A dozen mostly Black and Brown ex-convicts, several White AFSC staff members, and at least two or three visitors dined together every night. I joined them at least once a week, mostly listening. Then, some time in April, Jan pulled me aside. We had periodically tossed around ideas for a project I could do that would fit with AFSC’s justice work, something that could make a difference. We started talking about all the people stuck in jail awaiting trial just because they were poor and didn’t have bail money. And because they’d show up in court in orange jump suits rather than in street clothes, their chances of being convicted and sentenced to prison were much higher. Beginnings of a vicious cycle. Jan quickly listed a couple of pretrial experts I should talk with.

Caleb Foote, a life long Quaker who’d gone to prison as a conscientious objector during World War II, was teaching at Berkeley’s Boalt School of Law. Caleb, as a young lawyer in Pennsylvania, had argued in several publications that the Sixth Amendment’s ban on excessive bail meant that people who couldn’t afford bail had to be freed. Inspired by his work, own recognizance release projects sprang up around the country, services designed to convince local courts to release people before trial based on their ties to the community. Another of Jan’s friends, Herb Kutchins, a social worker, had been the first director of the San Francisco Bar Association’s own recognizance release project.

With their guidance and guidance from AFSC’s local Penal Affairs Committee, I shaped a research project on San Francisco’s pretrial detention practices. They helped me see that, if I interviewed a dozen people who had been freed on their own recognizance, analyzed the characteristics of others not released, and interviewed a sample of the key players in the system like judges and prosecutors, we could figure out where the holes were and propose ways of filling them.

We secured a grant from a small family foundation and about eighteen months later I wrote up a report of the research findings and recommendations. While my work made no immediate difference, it did add to the growing evidence for bail reform. I was hooked.

Though I subsequently went on to jobs with other local and regional criminal justice reform groups, I continued to meet regularly with Jan and to serve on or clerk the Penal Affairs Committee periodically for decades.

Jan died in July 2002. His obituary in the San Francisco Chronicle described him as “a passionate advocate whose reminiscences on correctional issues are maintained at the California State Archive and the Reagan Library.” The obituary quoted Laura Magnani, a long time Quaker and justice advocate: "He was responsible for much of the vision of the prison reform movement, certainly in California, but also nationally. He was also a leader in the international prison abolition movement." Today, almost 50 years later, a new generation of activists, reflecting much of Jan’s vision, AFSC efforts, and Quaker testimonies, are promoting social and economic justice and working to eliminate money bail, to support people leaving prisons and jails, and to ultimately abolish prisons. And thanks to AFSC, I am well prepared to be working with them.