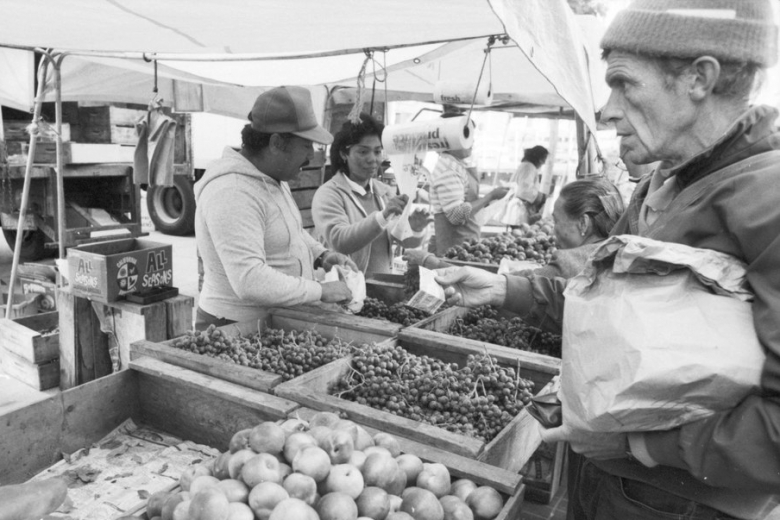 I was a Volunteer
Anna Bennett

In the spring of 1968, after working for a couple of years following my graduation from university, I planned to start graduate school in the fall. Then, the assassination of Dr. Martin Luther King, Jr. moved me to find a way to be more active on peace and justice issues. I had some acquaintance with AFSC through its work helping Vietnam war resisters obtain conscientious objector status. I contacted AFSC and found what seemed a good fit for me in a Community Service Volunteer program that placed volunteers, singly or in pairs, with grass roots organizations in the Northwest.

With another young woman, I was assigned to work in Toppenish, Washington with a grocery cooperative founded by a group of activist Mexican-American farm workers. I had some fluency in Spanish, had traveled in Mexico, and felt very comfortable in that milieu. My day-to-day work at the co-op involved bookkeeping, cashiering, and stocking shelves.

The co-op's board and its director, Tomás Villanueva, had built partnerships with other organizations working on economic justice issues for farm workers. The local Roman Catholic parish, where many of the co-op's members worshiped, was one such supporter. They allowed my fellow-volunteer and me to use the teachers' lounge of a new, well-appointed parochial school as our home for the summer. We slept on couches in the lounge and showered in the school gymnasium. Another organization was the California Rural Legal Assistance program that had a team of young attorneys and law students in the Yakima Valley for the summer to work on farm workers' legal issues. Together with the CRLA legal team, we watched the 1968 Democratic National Convention on their TV and reflected on the disturbing violence that was unfolding.

As the summer wore on, I realized I had no appetite for academia in the fall. I stayed on in Toppenish that winter, thanks to a job teaching Adult Basic Education and English as a Second Language in a federal program providing full-time school for farm workers in the off-season. A year later, I did go to graduate school, but with different goals. I enrolled in a Community Development Program at the University of Arizona. For the next 35 years, my working life centered around adult vocational training and professional development programs, a journey that began in 1968 with AFSC.