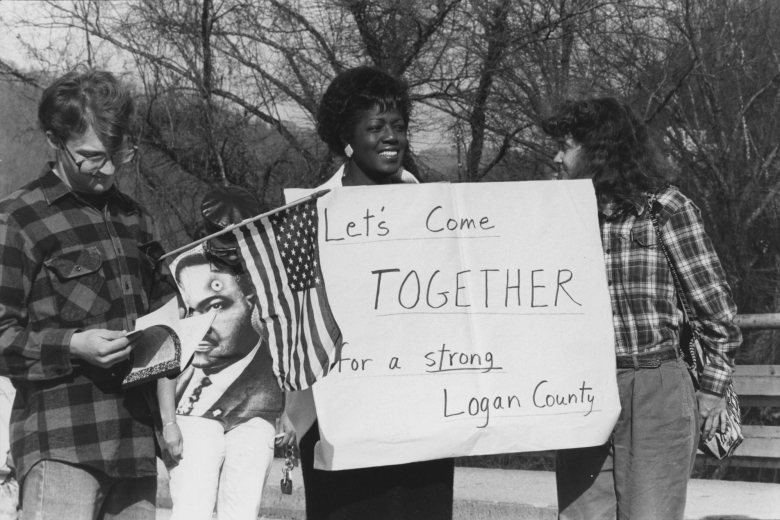 I was a Partner
Herb and Nancy Clark

Have you ever been to Logan, West Virginia? In 1991 it was dominated by the coal companies. Blasting from surface mining was raining down debris on those who lived near mines but to speak out against the industry was sacrilege.

On the one hand, coal companies were the primary economic engine in a county with limited opportunities. On the other hand, those same coal companies often did not value human life.

For example, in 1972 the Buffalo Creek flood occurred when a coal slurry dam burst, four days after having been declared “satisfactory” by a federal mine inspector. The flood killed 125 people along Buffalo Creek Hollow and injured over 1,000. Many more thousands were left homeless.

And now with mountaintop removal there was yet again a situation in which people’s economic and physical wellbeing was disregarded in favor of coal company earnings.

At the time, we were part of the AFSC Middle Atlantic Region Executive Committee. AFSC programs in West Virginia have focused for decades on economic and racial justice. In 1991, the Logan Program Director, Joan Hairston, organized a Racial Harmony Action for Peace day in support of Mary Reynolds, an African American woman brutalized by a county deputy.

We took a three-hour tour of the area – up one mountain and down another – before we participated in a march through the town of Logan. The AFSC staff members in West Virginia have always been working to create a better system for the people of West Virginia. One thing we can say about all of our experiences with the American Friends Service Committee, including this one, is that it gave us a sense of awareness.