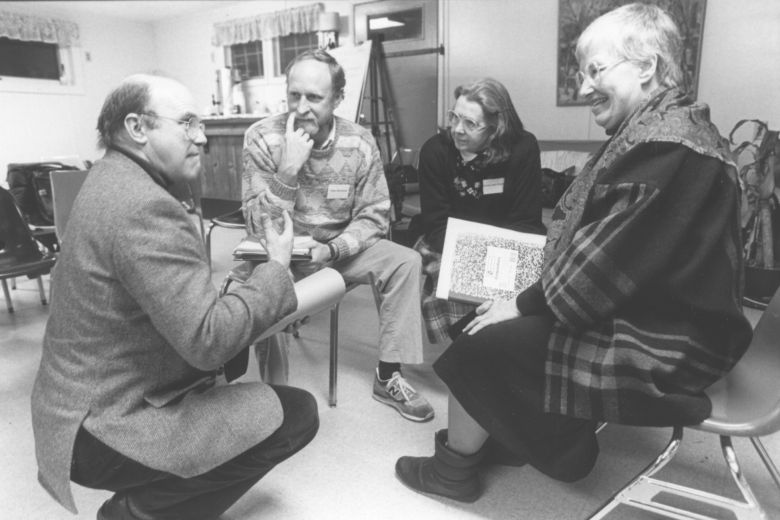 I was a Staff Member
Asia Bennett

My two decades plus with the Service Committee from the late 1960's to the early 90's were times of significant transition. The generation of men and women who had served during World War II as conscientious objectors, in work with refugees, in relief and reconstruction and who then provided vital leadership among Friends were retiring. Inspired by the Civil Rights Movement, liberation movements in Africa and liberation theology in Latin America, many AFSC programs focused on social and economic justice. In the United States as well as in Southeast Asia, the Middle East, Africa and Latin America, community development efforts designed to increase local capacities were complemented by outspoken advocacy in opposition to US militarism and support for oppressive regimes. The AFSC was sometimes criticized for becoming too secular and political.

The Service Committee was also opening internally to new perspectives and imperatives: formation of the Nationwide Women's Program, the Third World Coalition and the Affirmation Action Program were both symbolic and influential in the life of the Committee. For many connected with AFSC, these initiatives, however rightly ordered, were uncomfortable or unwelcome. A subsequent union organizing effort in the National Office distressed those, including some Board members, who believed in principle in the value of labor unions – just not in the Service Committee.

My years with AFSC were always challenging, often exciting and at best deeply satisfying. I was fortunate to come along at the right moment to serve as the first woman appointed long-term as an Executive Secretary (regional director) in the Seattle office and in 1980 as Executive Secretary (now General Secretary) in Philadelphia. I was privileged to work with many extraordinary and devoted colleagues and to witness much creative and effective program work. As Lou Schneider said to me in the late 1970's when contemplating some tough criticism: "The idea of the Service Committee is still a good idea."