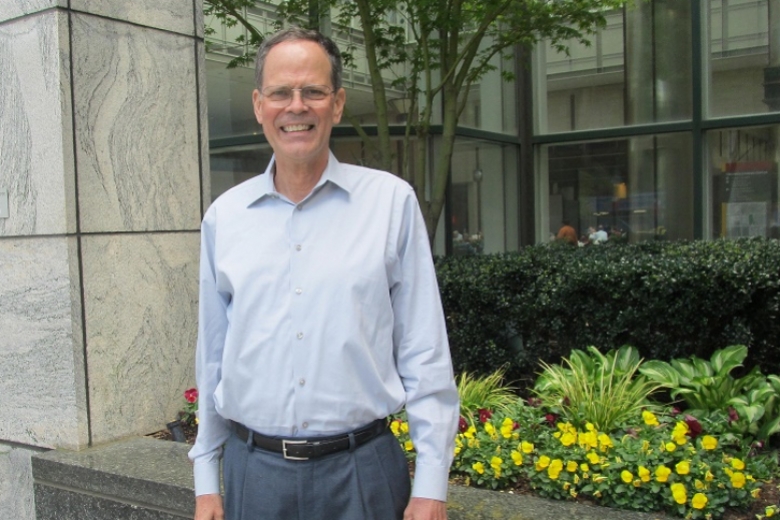 I was a Participant
Cyrus Johnson, Jr.

My father, Cyrus Johnson, Sr., became a conscientious objector during World War II and subsequently, a Quaker. He believed that it was everyone’s duty to live their life in a way that would improve the status of mankind. And he loved it!

My mother Lynn loved seeing the world. She was an adventurer. She had two children before the age of 21 and was willing to do things like having go to Mexico with two preschool kids for a summer work camp that had no running water and no electricity.

We later spent two years in Lima, Peru with AFSC in the 1960s. There was a time when a school was getting inaugurated in Pamplona Alta, one of the shantytown communities skirting Lima. And my dad, who never drank, was offered some homemade alcoholic “chicha” beverage for the toast. I could tell he was uncomfortable, but he drank it because that was the kind of man he was–supportive of the community first.

While we were in Lima, my sister Beth and I attended a school that was completely taught in Spanish. We did not know any Spanish at all, so it was sink or swim. It was miserable at first, but after six months we were fluent. My dad wanted us to have those types of experiences and now I am really grateful.

The reason for my personal involvement with the Mexico work camps was the opportunity to see a different side of the world and to get to know different types of people. For example, there were young Mexicans from the city and also from rural areas – each with different backgrounds and different sets of experiences.

There were a lot of learning experiences I would not have expected. For example, I was in charge of driving a truck of supplies from San Antonio to Mexico with another young man. We got into an accident and as the natives gathered all around, my Spanish came back instantly and I was able to communicate with the people around us and find a way forward.

It was wonderful to have the opportunity, sometimes unexpectedly, of so many cross-cultural experiences and to be part of the creation of conditions for understanding that can lead to people getting along.