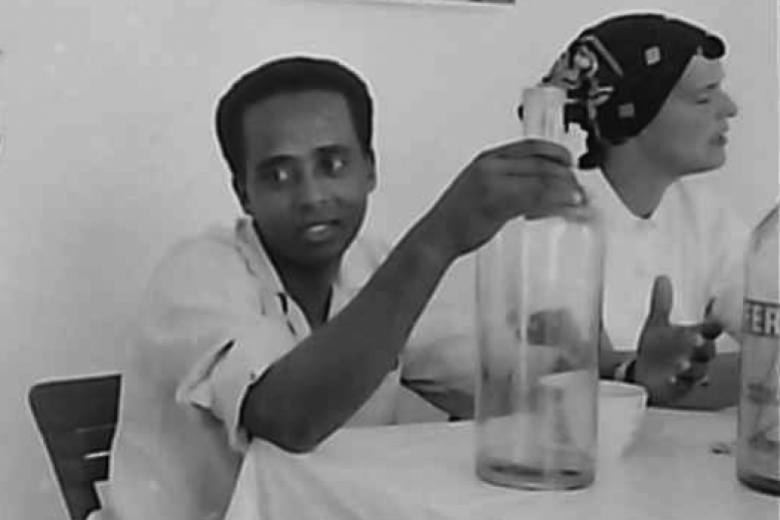 I was a Staff Member
Reverend Samuel Slie

I was adopted before the age of two by the Slie family. My father was the son of a Native American woman and a Dutch man and my mother was an African American woman. I grew up in a neighborhood where racial identity meant nothing and it took me a long time to realize how important racial identity was to other people.

After a semester in college I was drafted into the 92nd Infantry Division in WW II. In the army, I started to see the complexity of prejudice and discovered my attitude about different people was not typical. After serving in the U.S. Infantry in Italy, I came back with many questions about the value of human life. “Why did some people have the power to not send their sons but send me instead? Why was I one of the ‘easily draftable’ people?” I was no longer enamored with the American systems and in many ways I felt like a pawn.

I went back to college where I met many people who had been conscientious objectors, some of them Quakers. The COs and I spent many hours talking about the meaning of life, which influenced me to go to seminary. I finished seminary in 1952 and then returned to Italy to do post-war reconstruction work with AFSC. After my first summer as a volunteer, I was asked to return as a co-leader. I spent a number of subsequent summers leading AFSC work camps throughout Italy, rebuilding roads, sewers, schools, and bell towers.

What I loved about AFSC is we did not go in with a preconceived plan—which suited my personality just fine. Part of my job was to form, and then listen to, a local committee to see what it was that they were interested in doing.

We had people from all over the world working together on projects that the local communities had chosen. For example, the Cogna community had been saving money for years in order to do their bell tower. To them, it was more than just another building project. The unity within the community and of the work camp enriched everyone’s life enduringly. I saw this work as an opportunity for participants to build a lifetime spirit of peace, unity, and a love for humanity.