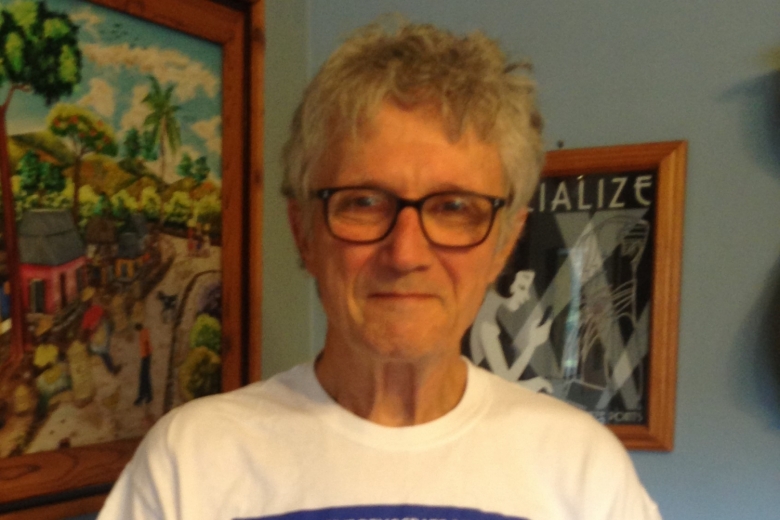 I am an Activist
Ed Wujciak

I graduated from the College of St. Thomas, in St. Paul, MN, in 1968, at the height of the Vietnam War. The war and the draft were issues I had to face and I, like so many members of my generation, set about educating myself.

Anti-war information was not easy to find in those “primitive” pre-internet times, but I did find two good resources: AFSC and the War Resisters’ League. They offered me both a vision of a world without war, and concrete suggestions on how to disassociate from, and hopefully undermine, the war machine. I felt that I was finally home. The draft counseling and information services offered by these groups were a huge help to me and countless others facing the Selective Service.
I decided to register as a conscientious objector, but my draft board denied my application and classified me as 1-A, eligible for military service.  I wrote a letter requesting a personal appearance to plead my case, but they ignored my letter.  Six months later, I again received a letter notifying me that I had been classified as 1-A . . . and again, I asked for a personal appearance, and my request was ignored.  This happened several times.  Fortunately for me, not too long after, the draft lottery went into effect.  I drew a high number, and the question of my going to Canada, or to jail (because going into the Army for me was not an option), became moot.

I became active with Minnesota War Tax Resistance and did leafleting at the telephone company to protest paying the federal excise taxes on telephone service which was directly linked to war spending. From the late 60’s to the mid 70’s I withheld my phone tax payments monthly.

In 1977, when it was income tax time, I tried something new. I included a polite letter to the IRS with my 1040 tax return explaining that I was redirecting 50% of my payment, the war percentage, to a group looking to improve the world. I took a “war tax deduction,” as it were. I sent the money to AFSC as a part of their existing “interest-free loan” program. The IRS must have approved since they never responded, so I ultimately forgave the loan and made it a donation.

I made a career of working as a union technician in the entertainment industry, primarily in TV commercials and movies. I’ve lived in South Florida for 45 years, married, raised a family, and am now a grandparent.

Also, I am still an activist, and I jokingly credit President Lyndon Johnson for awakening my political consciousness.  Alice, my wife, and I are both involved in Jewish Voice for Peace, supporting Palestinian rights and the struggle against the occupation.  As an active member of Progressive Democrats of America, I visit congressional offices monthly to discuss current issues and make sure progressive views are heard.  Alice and I are both proud union members, and Alice has recently been instrumental in organizing an adjunct professors’ union at Broward College that has just been recognized.