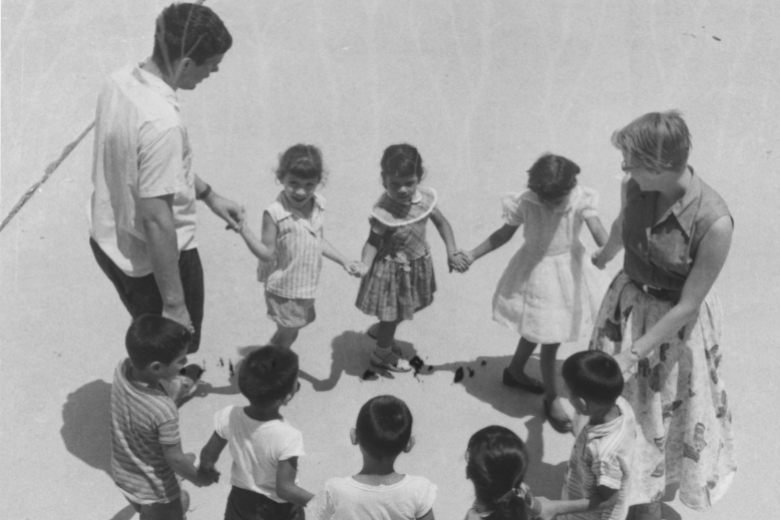 I was a Volunteer
Hugh Corbin

In the summer of 1965 Maris and I went together to the Watts neighborhood of Los Angeles to run a work camp for the American Friends Service Committee. We were working in a daycare center running a summer camp program. Most of the program had taken place when the riots began in August and our entire group was evacuated.

We sat in a house outside of the city watching as everything fell apart on TV. The work camp participants were so frustrated because they wanted to do something – help in some way. But I think even that experience, knowing that sometimes you have to step back, that was an important realization for the young people. And it made them want to stay involved.

We saw while we were in Watts that very few civil rights groups actually had grass roots contact in the area. We saw some of the conditions that led to those riots – 50 percent of the neighborhood was out of work. The participants in our work camp that summer saw, first hand, what can happen when people become completely frustrated by the system.