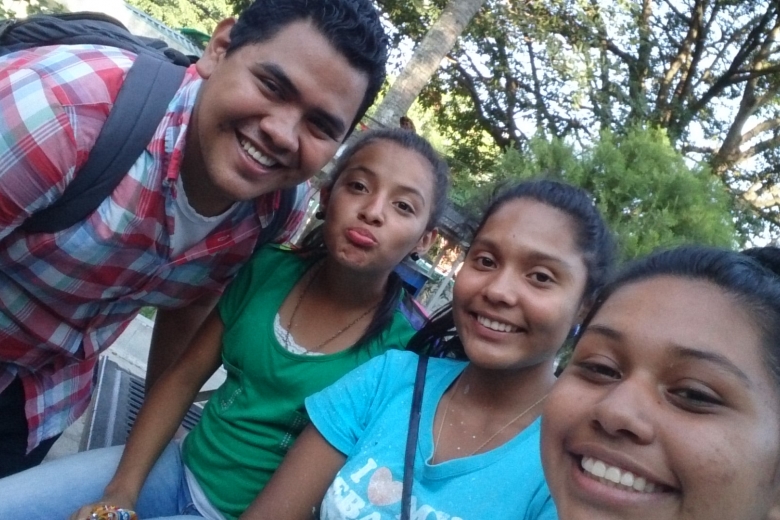 I was a Volunteer
Jose Miguel Martinez

On December 2013 AFSC-LAC made contact with some youth and civil organizations in El Salvador. At that time I was part of one of those youth organizations. I remember in those days not knowing a thing about AFSC; however, I was so worried about the violence context in my country so I became interested on AFSC work related to peacebuilding around the world. I never imagined the road I would start since then.

In April 2014 I traveled to Guatemala City to know more about AFSC and I found out more than an organization. There were more than words in their presentation and something more than “another methodology” to work with youth. I found out there was happiness, compromise and friendship within the team that made me trust in an alternative way to the violence. At first, it was very difficult to understand the concept of peace because after so many years of violence in El Salvador and the Northern Triangle, peace sounded like a dream.

Before getting involved with AFSC, peace was just a word in my mind. Nowadays I understand peace as a life style and try to apply it to every decision I make. Peace is my way to connect with people´s ideas and feelings; it takes me out of my individuality and makes me understand about fellowship and friendship within communities, my country and beyond. Youth in urban communities in El Salvador have so much to say -actually they have already done it- in their hands they have the opportunity to work for peace in the present and to build a better future. I had the chance to work with youth in these communities and I learned that everybody would be surprise about the skills and dreams they have. I am pretty sure that AFSC will continue working with youth in El Salvador, and soon, changes will be seen.

I just want to say thanks AFSC, because it gave me the chance to grow up, to learn, to share with people and to work in communities. If I am just a little better person now, it is because AFSC gave me the opportunity of being, learning and connecting with peacebuilding processes.