Engaging the American public with the devastation of war

In 2004, casualties from the Iraq War kept rising, but because returning coffins could not be filmed, the human toll of the war was hidden. Michael McConnell, AFSC regional director in Chicago, believed that making these losses visible would change opinions about the war.

In late January, AFSC staff and volunteers placed 504 pairs of empty combat boots on the Federal Plaza in Chicago, each pair representing a U.S. life lost. They attracted national attention and the Eyes Wide Open exhibit was born.

During the July 4th weekend that year, the boots were displayed on Independence Mall in Philadelphia, joined by 1,000 pairs of shoes to represent a tiny portion of Iraqi deaths. Nearly 20,000 people came to look, grieve, and think. For the next four years, Eyes Wide Open grew and travelled to almost every state in the country. Thousands of volunteers participated in the complex setup and breakdown. As relatives of the deceased added notes and memorabilia to the boots, the exhibit became an intensely moving memorial where people of all political outlooks could share their grief and frustration with the war.

In 2007, having grown to over 4,500 pairs of boots, Eyes Wide Open was divided into 48 individual state exhibits. These were displayed by volunteers for many more years—a dramatic reminder of the cost of war. 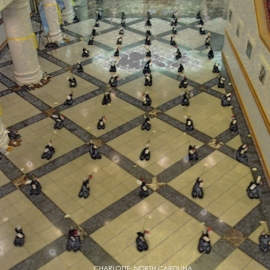 Denny Fernald
Spruce Pine, NC
US
I was an Organizer 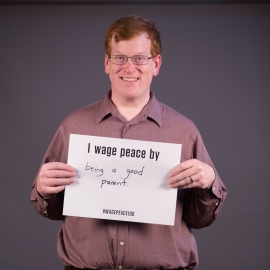 Mark Graham
Philadelphia, PA
US
I was a Staff Member 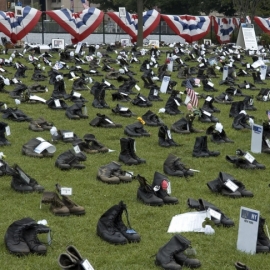 Janine Schwab
,
US
I was a Staff Member 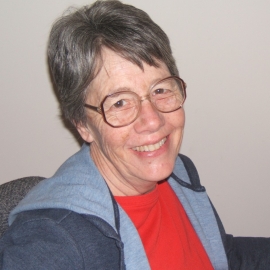 Scilla Wahrhaftig
Pittsburgh, PA
US
I was a Staff Member 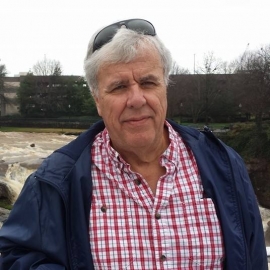 Marq Anderson
Columbia, SC
US
I was a Staff Member

Patricia Long
York, PA
US
I was a Volunteer