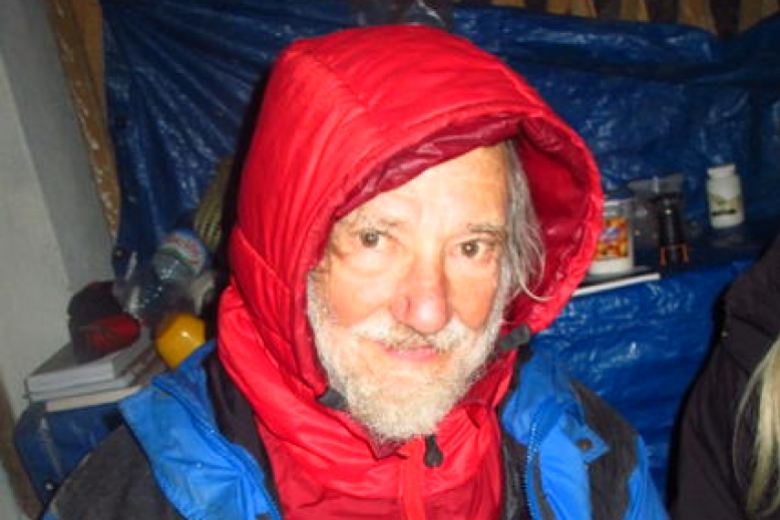 I was a Participant
Peter Klopfer

Though raised by a Quaker family and, in my early years a student at Abington Friends School, I had no knowledge nor even awareness of the American Friends Service Committee. It was only in college, at UCLA in 1948, as a result of an anti ROTC campaign that I initiated, that I came into contact with Bayard Rustin and the Fellowship of Reconciliation, which led me to AFSC's Pasadena office. Once there, Walt Raitt and Bob Gray recruited me for what was to be the first of many years of work camp experience, including a pivotal one in Claremont, CA (to be separately described by Martha Klopfer).

My initial work camp experience was in Bylas, AZ, on a Native American reservation, in this instance a tribe of the Apache Nation. Our task was to assist the tribe in the development of recreational facilities for their youths. The main occupation for tribe members was managing cattle herds, which grazed in distant areas and required only a few herders at a time. The bulk of the population thus languished much of the time in their isolated desert-bound settlements. We were to assist in the construction of a baseball field, complete with dugouts, and, most significantly, a large swimming pool.

Mechanized equipment was not available, so the excavations were by hand labor. Our eager group and our Apache partners made light work of it, though the desert heat greatly limited the hours we could toil. We were also slowed by the fact that our “engineers” who supervised the project, elders of the tribe, while wise in the traditions of their culture, had no training nor experience in construction. Thus, after days of planting re-enforcement rods around the pool’s periphery, we learned the rods were too short, too thin, not properly spread. Ah well, we had lots of time.

But then the summer rains commenced, transforming our flat desert landscape into a large pond, with the arroyos, once dry valleys through which we galloped on horses during our weekend breaks, now transformed into raging rivers. Within hours the once barren desert sands were resounding with the songs of millions of toads and frogs that aroused from their aestivation to commence ardent courtship and copulation.

Our pool was filled to the brim! Unfortunately, all this occurred before we had poured any significant amount of cement. You can likely guess the mess we faced when the rains ceased and the waters receded. So, we began again.

In the end, the pool was completed, but water with which to fill it could not be found. Rains come seldom and unpredictably in that part of the world. In time, the pool filled with sand – a great playground, perhaps, but neither in the heat of summer nor the cold of winter particularly attractive to the residents.

The material goal may not have been achieved, but the experiences of those of us who participated in this project were, without question, far reaching. For many in the group, it was a first-ever contact with people of a different culture; for all of us it was an exercise in cooperation, compassion, understanding and self-government in a very heterogeneous group: male and female, college age and twice that, Jewish, Christian, atheist, athletic and not, urban and rural backgrounds. There were problems, there were resolutions to those problems. There was hard labor, there were vigorous disputations, song sessions, and just plain fun. It was very much a season of growth and maturation for all of us. And, that, I think, has been the most significant feature of the work camp program. Only two or three of us initially identified ourselves as Friends. By summer’s end, not only were we all friends, we also now understood the teachings of Friends.