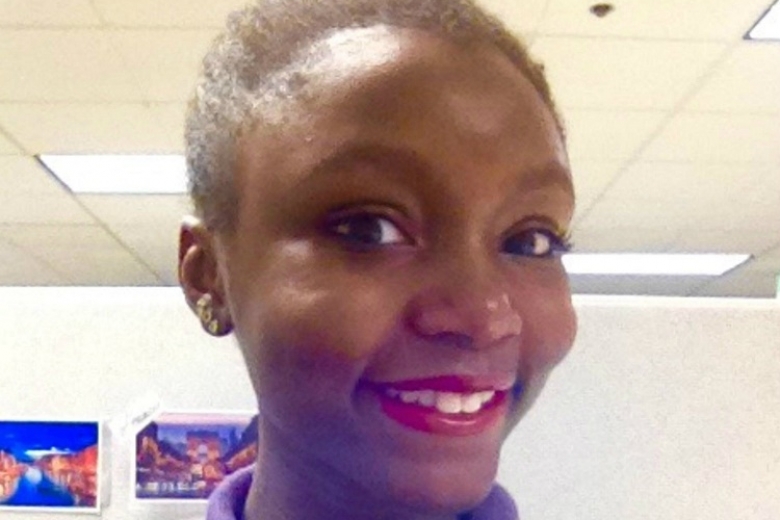 I am a Participant
Veneeta D.

Veneeta D. is a 17-year-old high school student in Robbinsdale, Minnesota, outside of Minneapolis. Recently, she attended an AFSC Freedom School, a two-day workshop that brings together young people to break down the systems that perpetuate institutional racism—from education to criminal justice—and discuss ways to create meaningful change.

Attending Freedom School was the first time I had ever been exposed to a space encompassed in such racial consciousness and empowerment. When I signed up for it, I didn’t expect to be surrounded by such passionate individuals who seemed to have been waiting a long time to have these conversations—and who seemed so willing to share their unique perspectives.

I learned a lot about what racism really means and why it’s important to speak out about it, even if you’re not always in an environment where it’s encouraged. In regards to racism in our everyday lives, some participants were angry that their voices were not being heard, and there were those who were surprised to learn they even had voices at all. Freedom School provided everyone the rare occasion of having the conversation society mostly avoids like the plague.

In the two days I was there, I learned that everyone there was similar in the sense that many of us led existences in which we had to be surrounded by white people on a regular basis and as kids, had been compelled to keep our thoughts about racism to ourselves.

At my high school, I feel like more of the challenges that people of color face are countless microaggressions and the achievement gap. For instance, there are regular classes and there are honors classes, where the coursework is accelerated. Many of the kids of color stay in the regular classes, and we’re given the impression that “regular” is the most that we can handle.

I did honors classes from sixth to eighth grade because my parents forced me to. In high school, I signed up for the regular classes just because there were always very few people who looked like me in my previous classes, and I felt so uncomfortable. But when I tried to go from regular to honors classes in the beginning of high school, my white counselor asked me repeatedly if I believed I could handle it and reminded me numerous times that the rigor would probably be too much for me, even though my grades didn’t indicate that I was struggling.

As a kid, I guess I just lived with this false belief that no matter what was done, racism could never completely go away. In Freedom School, after two days of learning where racism comes from and how deeply embedded it is in society, I came to the conclusion that even if racism will never be eradicated, oppressed people will never stop speaking up and having these conversations, and fighting to build from what racism has destroyed.

For me, Freedom School fostered a sense of validation, comfort, knowledge, and resilience, so that once I left, it was with the knowledge that I would never again be able to so comfortably recline in ignorance. If there was one thing Freedom School left me thinking, it would have to be a quote I once heard: “I want to do more in this world than just live in it.”