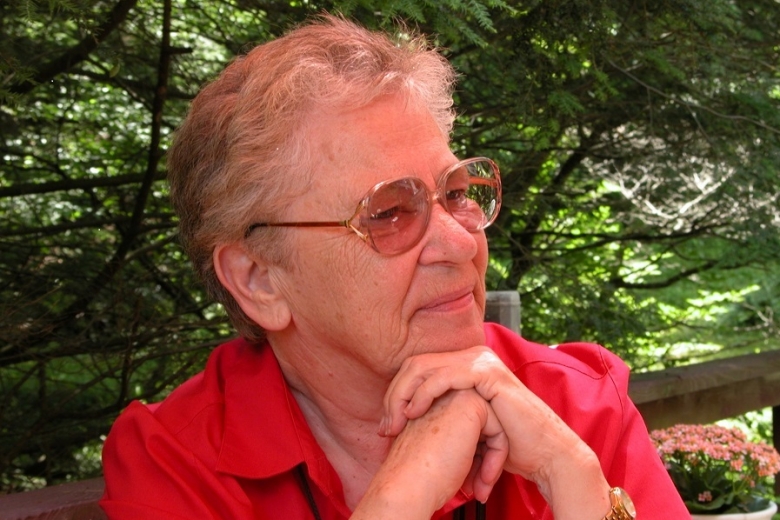 I was a Staff Member
ViVi Hlavsa

A teenage friend of Helen Hull, daughter of Spahr, I went with them to all the World Affairs Camps and Washington and UN Seminars we could. I heard many great speakers: Bayard Rustin, Clarence Pickett, James Farmer, Amiya Chakravarty.

I was lucky to get a job at the Pasadena office of the AFSC in the tense, McCarthy era. Visitors to the office, having just gotten out of jail, were received as heros. We heard heartbreaking tales of suffering from the Un-American Activities Committee. Because of that, I resolved never to sign the loyalty oath, and I have kept that resolve.

My husband Richard and I attended two AFSC workcamps, on the Sioux and Papago Reservations; both experiences gave us better, deeper, understanding of our own culture. Briefly, I worked at the Philadelphia AFSC, then for several years at the NYC office, again during the tense times of nuclear testing. I recall hearing Bayard saying (about the boat going in protest to Enewetak) "And I don't want any Quaker pussyfooting!"

Because of the AFSC, Richard and I joined Quaker Meeting in 1953, which itself led to many wonderful associations and projects. I led teen programs for Quarterly and Yearly Meeting. I worked with Morris Mitchell at Friends World College, and led Study Travel Programs to Mexico and Alaska. I continue to be active in my New Paltz Monthly Meeting.

In other words, my whole life was radically changed and enriched by that fortuitous friendship with the beautiful daughter of wonderful Spahr Hull, Mid-Atlantic Director of Youth Programs of the AFSC.