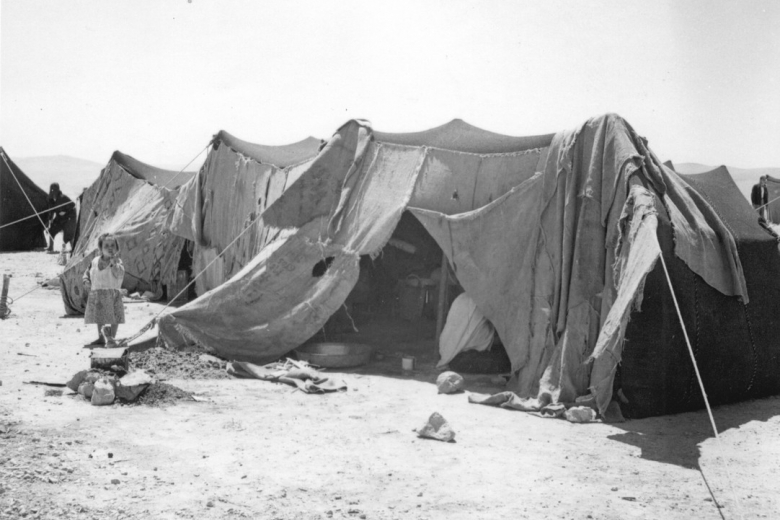 I was a Staff Member
Howard McKinney

In the spring of 1946, I learned that the Service Committee was recruiting people for Gaza for six months. I first went to Nuseirat which was a camp of about 16,000 people. It was an old Army barracks, most of which had been destroyed so people had made make-shift shelters inside of that.

I then shifted down to Rafah. It is clear that people did not trust people from other villages. They tended to surround their tents with barb wire and everything else. They felt exposed to thieves coming in. If you're not with your family or immediate people you've known, there was a great deal of fear. This was one of the problems about the whole distribution. We tended to set up new villages to distribute tents with nice neat rows in squares, blocks and all, and clearly the people felt exposed and very unsafe. Because...we had set up certain sized tents together, so people [weren’t in their own kind of organization].

...By January we still had quite a few tents that we had not distributed. Well, it's now been raining beginning sporadically in November, regularly every day by the first of December. We also had a snow fall, and we still had tents in the warehouse. So many of us in were demanding that we had to get the tents out. We finally said "Okay, we will distribute them and give them to people and let them put them up where they will.