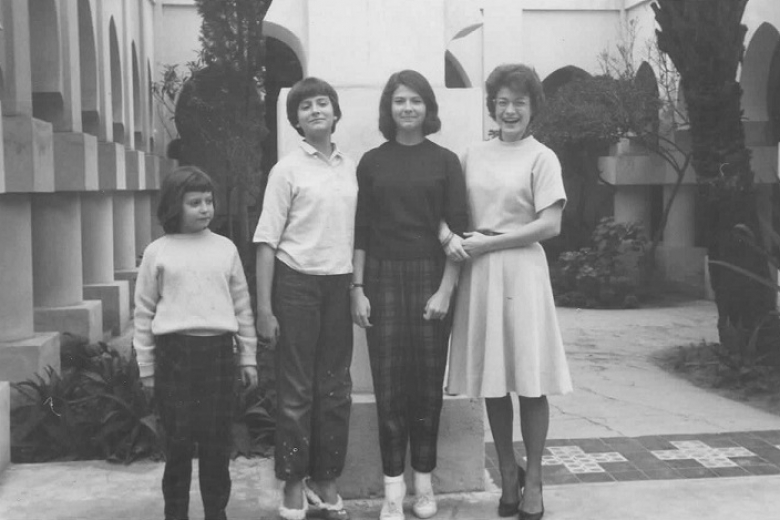 I was a Relative
Jennifer Clark

In 1960, my three sisters and I were living the quintessential small town American childhood in Oberlin, OH. Well, being raised Quaker was a little different, there were so few of us. Sunday morning, we went to meeting and First Day School, sometimes. When the sailing weather was good, not so much. But otherwise, pretty uneventful.

Until my parents, Bronson and Eleanor Clark, announced we were moving to North Africa for two years. My father had accepted a position helping Algerian refugees in Morocco who had fled the fighting from the war of independence against the French colonial administration. We would sell our house and our possessions, my oldest sister would finish High School as a boarding student in Europe, and the rest of us girls, ages 6, 11 and 13, would go to public school in Morocco while my parents worked for the American Friends Service Committee providing refugee relief and education in North Africa from 1961-1963.

The AFSC was headquartered for the first year in Oujda, Morocco, and we were joined by two nurses from a British Quaker Relief organization, and two Conscientious Objectors from the United States. There was a full on press to learn French, the language of most public commerce, with mixed results. We lived in a beautiful compound with a front gate and a walled garden, a vestige leftover from Morocco's own colonial days. There was a housekeeper/cook, maid, and gardener. This staff was Moroccan, and spoke Arabic. Another language to try to learn. Year two, following the end of the Algerian war of independence from France, the program moved to Tlemcen, Algeria.

What I remember of the work was the atteliers, or workshops, separate for men and women, where my mother taught sewing, and my father and the CO's taught carpentry and other skills which would be useful in re-building war torn communities. There were dinners and meetings at our house where local Arab and French community leaders came to dine together, hosted by these unusual Quakers, who believed that people of such different backgrounds could come together and find common ground. I remember hearing bombing in the distance across the border at night. I remember sorting donated clothing, distributing food, and riding with the nurses to clinics with lines of women and children getting check ups and shots. Basic, uncomplicated service delivered with uncomplicated kindness. Respect for all, by example. A living demonstration that everyone could work together for a common purpose, and get along.

In the manner of Friends, there was no proselytizing. Those who were curious about Quakers, and our worship style, were invited to sit with us in silent meeting for worship on Sundays in our garden, outside, in a simple circle of chairs.

As children, we gained "lived experience" of another point of view, another perspective, another continent, another way of life. We became citizens of the world. 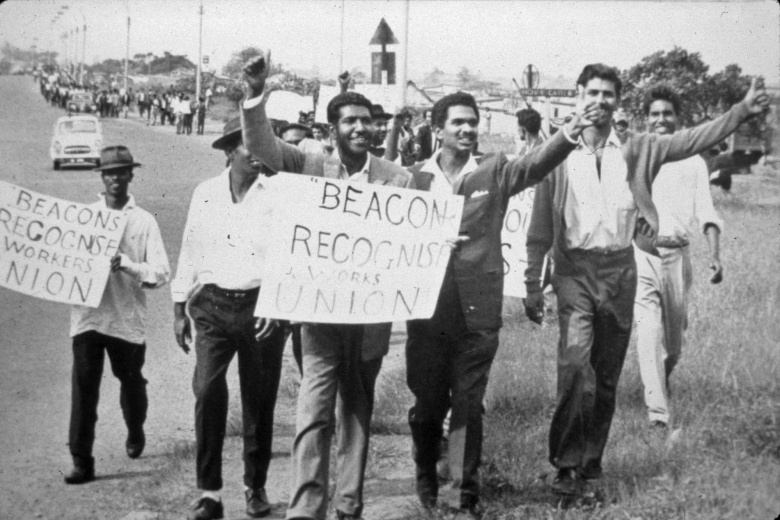