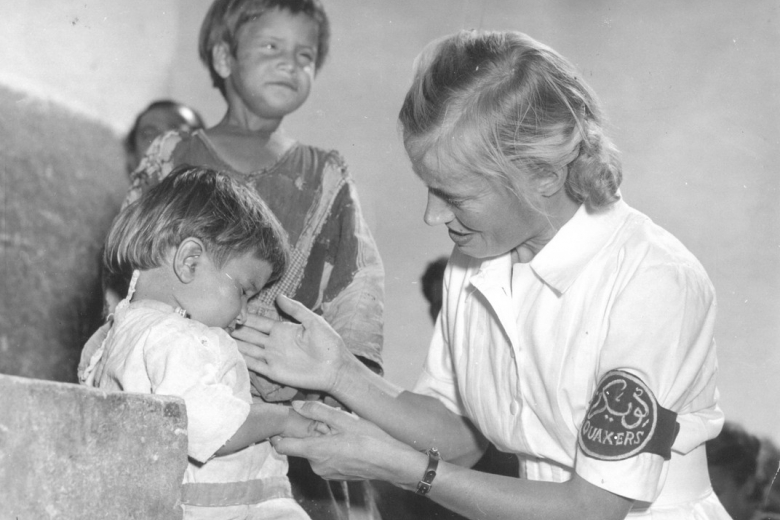 I was a Volunteer
Josina Vreede Burger

You couldn’t be angry with these people. They came to a [refugee] camp in winter and...it was raining and cold and stormy. There was only mud, and wet, and rain. All the tents had blown down. There were old people, sick, babies, laying in the mud.

The worst medical problem was tuberculosis. There were 40 people living in each tent. We were rapidly getting worse with TB. We had to do something about it. An Egyptian army doctor, a TB specialist, said, “Well I think we had best organize a TB hospital…if you will try to start this plan I will work for you.

I remember the first days when we didn’t [even] have a clinic, I used to walk through the camp and look at what was going on, trying to understand a little. There was an old man sitting in front of the "house" where he stayed that was an old prison cell. He had a piece of paper and he had put it on a stone, and he knelt behind it for breakfast. He had a piece of bread and two dates.

I passed and I felt so really ashamed that we had such a good life. So I said, “Good morning.” Those were the first words I learned [in Arabic]. He looked up and said, “Oh, a thousand good mornings to you!” I felt so touched, so nice.You see this man in such miserable condition, I thought he would be angry. But no: this smile.