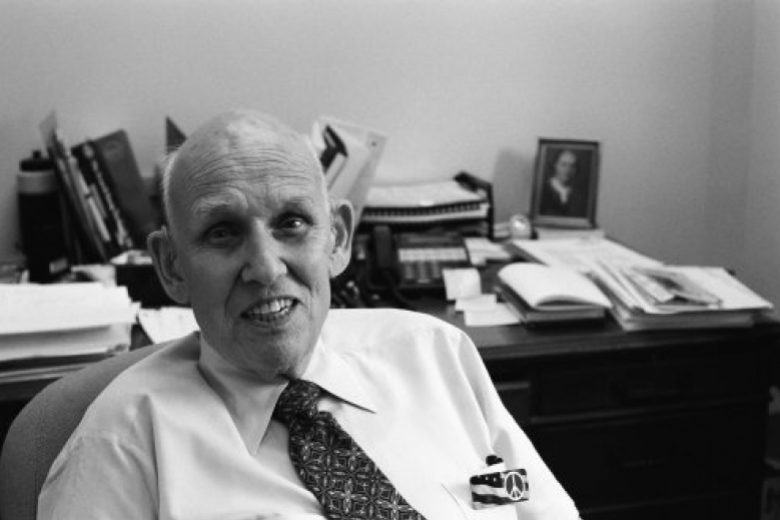 I am a Supporter
Lee Thomas

I witnessed the aftermath of the destruction of Hiroshima in World War II. I was stationed in the Philippines in the combat infantry. I was on a boat on August 6 – sent to invade Japan – when the atomic bomb fell.

In the following months I was stationed in Japan, one of the first soldiers to arrive after the bombs, and I witnessed first-hand the destruction and the horrible impact of nuclear weapons. I was the payroll clerk and I got to know the Japanese people who were hired to work at the base when they came to collect their checks. I realized the complete horror of war from both sides.

After the war I returned to college at Yale and during that period I became a Quaker. In the summer of 1948, I participated in the AFSC Intern-in-Industry program. I met my wonderful wife Joan in the program and at the end of the summer I proposed. I valued what the Service Committee did for me as a young man coming back from war. The program gave me on the job experience and also contributed to my philosophy of life.

I have tried to stand up for peace – within oneself, at home, at work, and in the world.