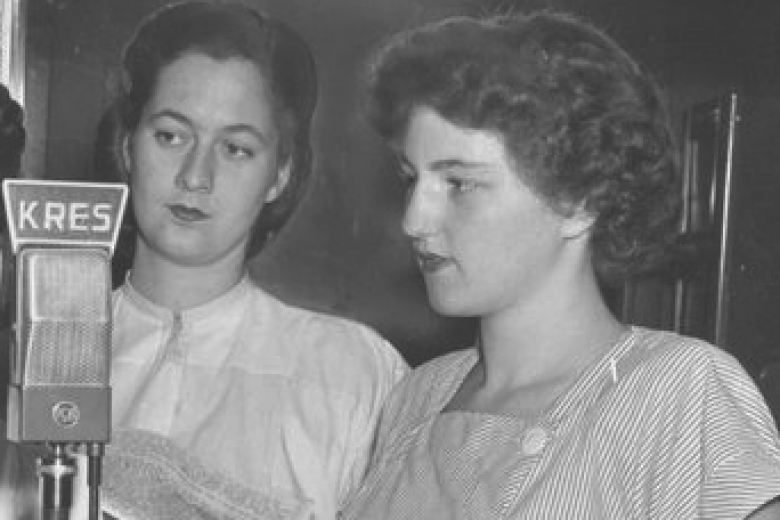 I was a Volunteer
Margaret Wilson

Sunday as usual was our fullest day. Pat, Suz and Gwen went to the Trinity Methodist Church. They each taught a Sunday School class, and then Gwen and Suz led the morning worship service. Meanwhile, Wink and Peg went to lead the worship service at Benson Baptist Church--Peg giving the sermonette based on "Love thy neighbor," and Wink giving the sermon entitled "And Jesus Said," based on four of Christ's teachings and their pertinence in the world today. After the service, they were whisked over to the Trinity Methodist Church, where they joined the other three for a luncheon meeting with the Young Peoples' Group.

...Suz led a very lively discussion on race relations. Most of the members of the church lived on the border of the negro district, and so they all were vocal in their opinions. Some of the people were really thinking, and we felt that the minister was very liberal in word and deed. Others were not so awake. But we felt that in the cases of one woman, we won a victory over her emotional prejudice when she accepted the scientists' statement that there is no such thing as different races. She bought a copy of "Races of Mankind" from us and said she'd read it, so we felt that perhaps some of our seeds had fertile ground.