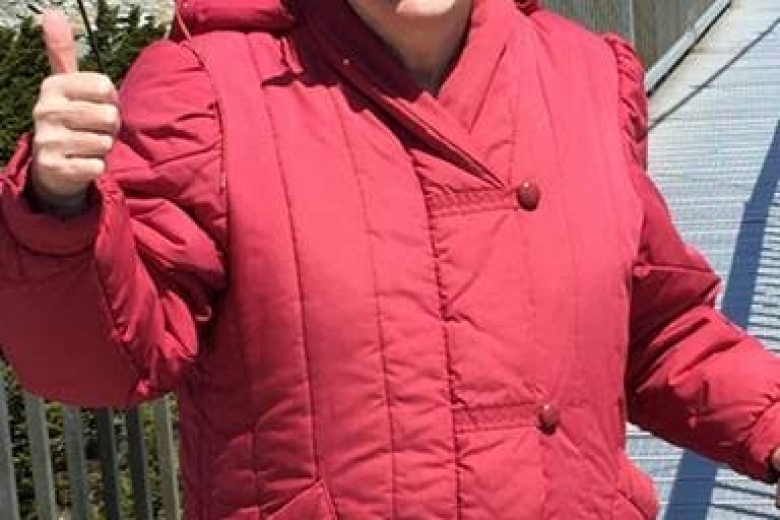 I was a Volunteer
Ruth Anne Hood

I can’t remember a time when I didn’t know about American Friends Service Committee. My mother was a cousin of Henry Joel Cadbury and Rufus Jones. When I was born in 1930, AFSC had already started a few years before that, and my mother was very close with her family. So we just always knew about AFSC. One of my older brothers actually worked with the coal mine stuff, and that must have been in the 1930s in West Virginia.

There is one particular project that meant a lot to me as a small child. You probably have heard of the war bond drives in World War II. I grew up in the country on a farm, and my dad raised chickens and had an apple orchard. We had a small rural school with six grades in it. During WWII I would have been about 4th or 5th grade. They had little books where the children were encouraged to buy war stamps, which were 25 cents. And so on a certain day of the week the teacher would encourage the children to bring a quarter and buy a stamp and put it in their little book to go towards the war. We didn’t feel that we could support that, so I talked to my mother about it. She contacted the service committee and they did have a program of little books for children where you could buy stamps that looked very much the same and make up your little book with money that you’d given for peace efforts. That really meant a lot for me as a little kid because I wasn’t weird compared to the other children. It was a witness in a way, that you were supporting peaceful efforts.

So that was a very early thing. And then probably the thing that meant the most to me was the work camp that I attended in the summer of 1949. It was a project with The Bradfield Center, a community center for African Americans. Part of it was already built, and we were working on the gymnasium part of it. We really had the best time. We each had to pay 150 dollars for our room and board for the summer and then we were volunteer labor. We did all kinds of work like painting and shoveling. There were 14 of us and our leaders were a man and his wife, and he was a chemistry professor at Carlton College. The dietician was from Howard University, and she was African American and had her little boy with her. We had two African American girls in our group, and we were only able to go to the city pool on a certain day because that was the only day African Americans could attend. When we went to that pool on that day as a white person I was not in the majority. That was a really interesting experience.

When I was a little over 30, my parents were visiting us and they were getting older. My father was brought up in a very poverty stricken family, and through tremendous effort and good management we became pretty much middle class. All of us went to college: I had six siblings a sister and five brothers and we all went to college. So that was a great source of satisfaction to him. One day when he was about 75, he said, “Ruth I want to talk to you.” I said, “Ok Dad.” We went off by ourselves and he said, “If I die first, I don’t want you to let your mother give all our money to the American Friends Service Committee.”