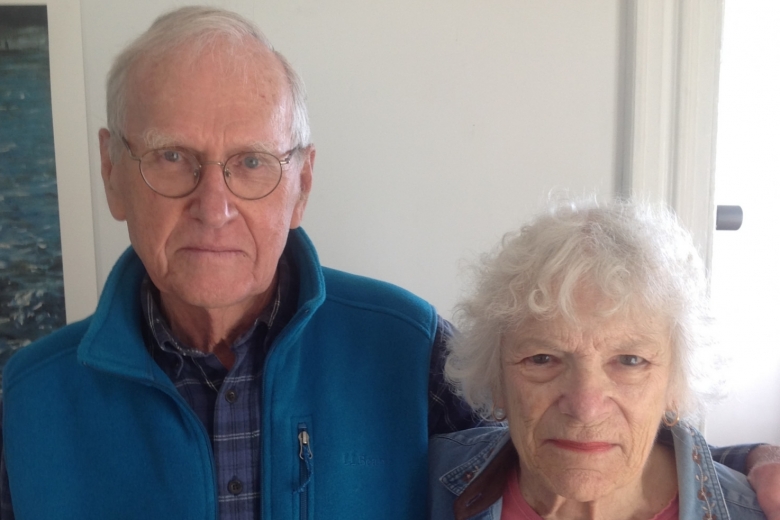 I was a Participant
Stanley and Peg Myers

We, Stanley Myers and I, relative newlyweds, were part of the first team of staff to initiate the Barpali Project in 1952. This was the beginning of a shift to technical assistance from material aid common to AFSC work through two World Wars. We hoped to be "teaching men to fish, rather than feeding them with fish."

Stan and I were staff to a group of Western and Indian experts in agriculture, education, and health, who settled in a small township 300 miles southwest of Calcutta in the State of Orissa. The plan was to establish a training school for young Indian "change agents" to live in the neighboring villages and seek out the "felt needs" of their village co-habitants. The kinds of changes to life in the village were pretty basic – a source of clean water, a means of handling human waste, and better farming practices.

Our first village workers were all men, but after several months, one of our village workers came to our center with his young wife. In true wifely fashion, she walked several paces behind him, with her sari over her slightly bowed head. He spoke for her. She wanted, he said, to be trained by the doctors – we had two Canadians doctors, Ed and Vivien Abbott, and an Indian nurse, Bela Banerjee. Could they train her to be a midwife?

This was a spontaneous request. It had not been part of the original plan. But the answer was "Yes!" So a new part of the program, which included women-in-training, developed. After six months of training, this young woman had her head up, and her eyes meeting yours, and a fine sense of confidence in her new abilities. When we returned for a visit years later, this woman, now in her 60's, was still practicing as a midwife in the village!

The Barpali Project continued for 10 years. We were there for the first two. The work developed in ways that were not always planned initially, but grew out of life situations as they presented themselves. One of the developments was a simple latrine cast concrete with a water trap designed by Ed Abbott, which could be used to improve sanitation, and covered wells to eliminate the use of the village "tank," a pond which was used for drinking, for bathing, and for laundry. Again when we returned after 40 years, these latrines were still being built by a member of the potter caste.

For us it was a very significant experience, although filled with hardships, such as sickness and weight loss. It has left us with friends for life and a great affection for the nation of India and a sense of its history and its special qualities. On our return visit we found signs of change. Barpali now had a train station; the big Hirakud Dam provides one to two more crops of rice a year for farmers; the village market now had fresh vegetables in profusion; and more people have covered wells providing safe water.

It was odd, however, to walk around the village. We found ourselves disoriented. Our home buildings, earlier on the edge of the village with a view of the fields, were now completely surrounded by new housing, so they were hard to locate.

There were many more shops and houses which had not been there. It looked quite different. But the sounds of life and particularly the smells of the village were the same. The odor of cooking fires, and the smell of native spices which permeate the air was completely recognizable.