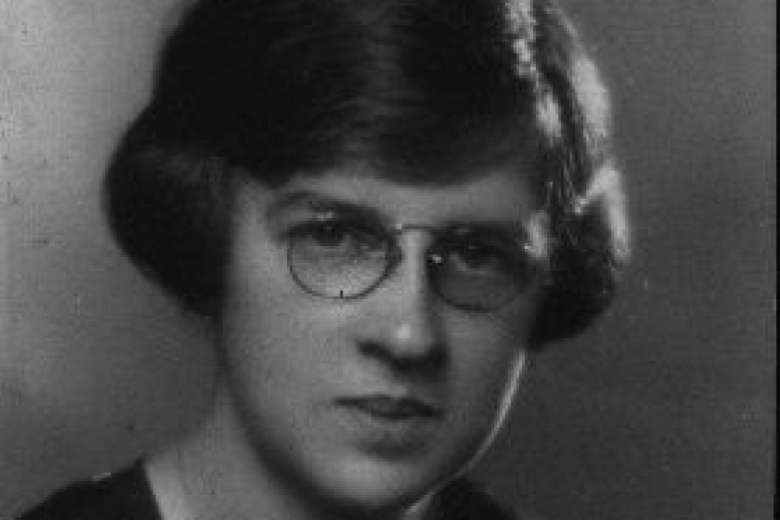 I was a Volunteer
Alice Forsythe

My grandmother was sent to the children’s feeding program in Germany. In writing in 1920 to Wilbur Thomas, then General Secretary, she says the following (excerpted):

“Although I have been here three months now, fresh pleasure comes to me everyday from being in the work and I am thankful from the bottom of my heart to be able to share in it.

I have been assigned to the District III covering, as thee knows, northeastern Germany with headquarters at Hamburg. Our offices are in the Hamburg American Haus . . .Even separated as we are from the main traffic all sorts of people with “axes to grind” find their way into our office.

I have known Caroline Nicholson spending a whole morning interviewing people about things far removed from our child feeding.

For example, there is a knock on the door. At our “Herein” a man comes in dressed in the garb of a sailor but with all the brass trimmings removed. He has a pleasant frank open face but rather sad. He is working but only receives 700 M a month and on that he must support a wife which he is finding almost impossible to do with prices almost sky high. He says that in his wanderings over the high seas he has picked up a bunch of American stamps and he comes to us hoping we can tell him someone who would buy them. He hands us an envelope full of stamps. There is practically a complete set from 1 cent to $1, with a total value of something like $20. From his general bearing we could not but think that he was telling the truth & we made him very happy by buying the lot from him for about a thousand marks.

Again the door opens and a man and his wife who tell of a brother who has written them from Chicago saying that if they can’t pay their bills the Quakers will do it for them and bring us a gas bill of 85 M which they wish help in paying.

Another time it is a former Secretary of Parliament & of the Labor Party who spends two hours more or less trying to convince us by repeating parts of all the speeches he has ever heard that we should give him a job.

A Schwester asks for some of our food to sell in one of the booths at a fair they are having to raise money to help children in a certain home. One parent complains that his boy has had pea soup for six days straight and another that the teacher has deprived his son of the Quaker’s Speisuing because he was naughty. And papa doesn’t think that Speisuing should be employed as a disciplinary measure.

A blind man wants us to tell him of someone in America who will loan him some money at a moderate rate of interest so that he may continue his literary pursuits. And just today a woman was in who was traveling shortly to California via New York asking that we have a Quaker meet her at the dock and put her on the right train to California. . .

Although a large part of my work so far has been confined to the office, I have had the privilege of visiting several of our feeding centers, both here and in Berlin, where I was stationed for the first months of my stay. It is the public feeding stations where the Kleinkinder and Mutter come that I have been most impressed with the great good that our work can do.

Of course in the schools one is impressed by the great number of very pale children and where ages are discovered by the stunted growth. And the whole truth is that even more vividly among the home when one sees four boys or more standing side by side, all about the same height, and discover that they range in age from nine to fourteen years. But the wee little tots with their beautiful curls and lovely faces but oh so pale and eyes much too big -- they are the ones that grip me hardest.

We stand at the door and watch them toddle in with their bowls and spoons – sometimes alone and sometimes with an older brother or sister. Their precious number of identity hangs around their neck & is often very soiled with much handling, but it serves the necessary purpose of procuring the delicious soup and white bread.

And in many places before they leave the room they go up and thank the Reiterice, shaking hands and curtseying in a most adorable manor & this very often is extended to us who are visiting. And it is no mere form to them but they really mean it and put their whole heart into it, for these tiny tots in their way are just as thankful as are their parents and older brothers or sisters.

Once when we were driving up to a feeding center in Berlin a little chubby youngster came out of the gate holding tightly to an older boy on each side. He was so bow legged – his bones were still so weak – that he was unable to walk alone. . . . In Hamburg I had the privilege of visiting a Kinder haus where they took sick and deformed children and tried to help them by massage and sunshine treatment. I had seen pictures before but could hardly believe they were real, but now I am convinced for in this Haus I saw just such sites as the pictures portrayed. – A little girl of six years weighing as much as a child of 1 ½ years – children with large unnaturally shaped heads – some with long ungainly legs and short puny bodies.

There is much more that I could tell thee, but perhaps this this will give thee some idea of the different things that make up our daily life here & how we are repaid for our efforts & encouraged and put ever increased effort into our work.

How I wish it was possible to let our American public see some of these scenes which are so common for us. I am sure it would do a great deal towards making them realize that Germans are just human beings after all & who need all the sympathy & help that their more fortunate neighbors could so easily give if they would.”