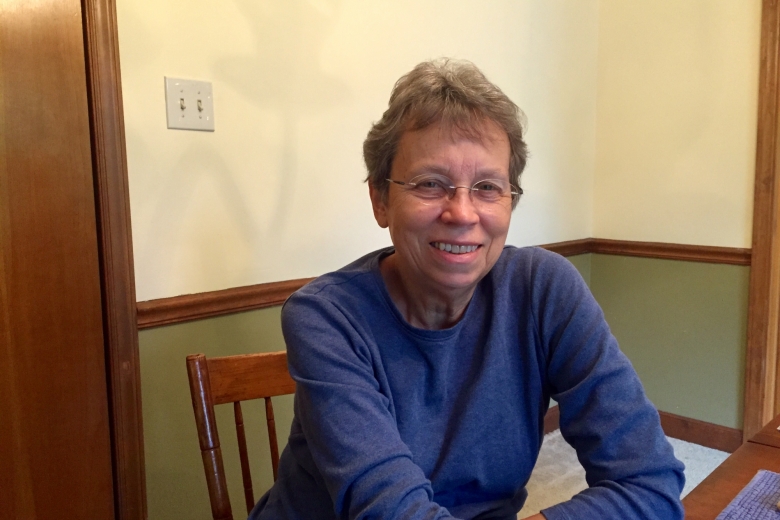 I was a Participant
Carol Passmore

Carol Passmore has a long history of involvement with AFSC starting in 1959. Throughout high school and college, Carol attended the organization’s weekend work camps and contributed to integration and civil rights efforts in the Greensboro/High Point area. Later in life she was also active in the anti-Vietnam War movement and helped drive groups of young people to AFSC conferences. Here she tells the story of how she began working with AFSC:

I got involved with AFSC the day after Labor Day in 1959, the first day of my junior year of high school. It was also the day that the first black student, a girl my age named Lynn, enrolled at High Point Central High School. She happened to be in my science class before lunch and her locker was near mine so I invited her to eat lunch with me and to show her around the cafeteria because I had been new to High Point just the year before. This, I promptly discovered, was not a popular option among my friends. Pretty soon I didn’t have any of those friends left. The next day we sat down together again for lunch. Lynn said to me, “you don’t have to eat lunch with me," and I said, “If you don’t mind, I’m going to eat lunch with you.”

The High Point office of AFSC, which used to be the Southeast regional office, had been supporting Lynn throughout the process of entering the previously segregated high school. My family had only moved to the area the year before and so, at the time, I wasn’t aware of the Quakers or the work of the American Friends Service Committee. After I reached out to Lynn, AFSC began supporting me, too. And that’s how I got involved.

Throughout that year, I would meet regularly with a group of staff people, which led me later that year to go to a high school weekend work camp in Celo, North Carolina, which was focussed on the discussion of foreign affairs. I went with Lynn and some other students, and on the way we integrated a Howard Johnson’s (a chain restaurant) so we could eat lunch together.

Two months later, I also went to a week-long high school camp in Spanish Harlem, New York City, and that was really exciting. I had spent my middle school years in a small town in Kentucky with no African American population, and the Baptist congregation that I had grown up in had continually emphasized that Catholics were very, very bad. I didn’t really understand the idea of ‘Southern prejudice’ until the third day in Spanish Harlem when I thought to myself, “all these people are Catholics and I’m not supposed to like them.” It led me to see how you can be taught something and believe it to be true and how hard it can be to then try to un-believe it. For me, though, it wasn’t actually that hard because I understood that the people I was working with weren’t bad people and that I was right where I needed to be.