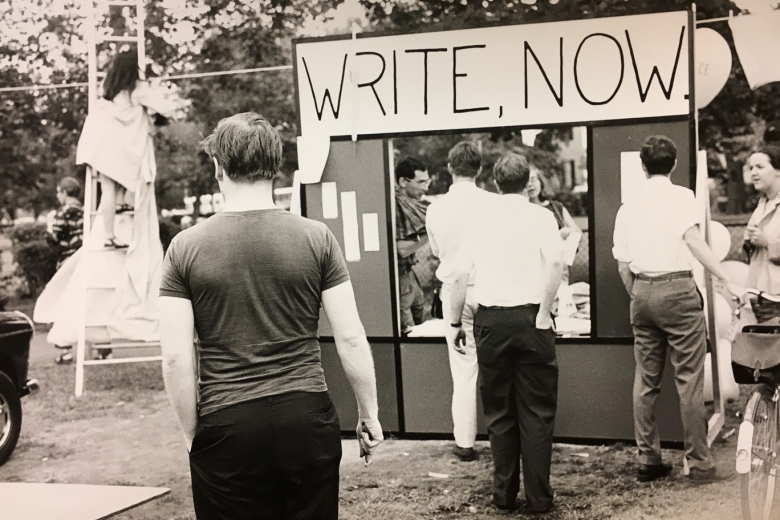 I was an Activist
Dina Portnoy

I was in college in 1967. I was starting to get knowledgeable about the Vietnam War and various forms of resistance. I was in awe of people who were willing to take big risks and refuse to go into the military. It took courage, especially for people in the military, to take a moral stand against the war.

After college I went to London and I worked for War Resisters International and then other war resistance organizations. Eventually I became a teacher because it seemed like teaching in the city was another form of working to change the world. While I was teaching, I was also an activist, either in the union or through various school reform movements. 1967 changed me and changed my path.

Did we end the war in 1967? No. But within a year or two there were millions of people marching nationally. We got the ball rolling. This year, I marched after the inauguration. It was huge and it was organized so quickly. We could never have done that back then – it took so much longer to grow the movement. People today are lucky because they are more conscious and they have great tools for organizing at their disposal but they also continue to have incredible challenges in front of them.

Today I look at everything with hind sight. The draft was an issue that helped us to bring everyone together against the war but by eliminating the draft we caused new problems. Today the divide between privileged and working people is greater than ever. Without a draft, most people do not have an immediate connection to the wars we fight. We need to continue to organize locally and we need to continue to work on issues of race and justice issues because they are all connected to issues of war and peace.