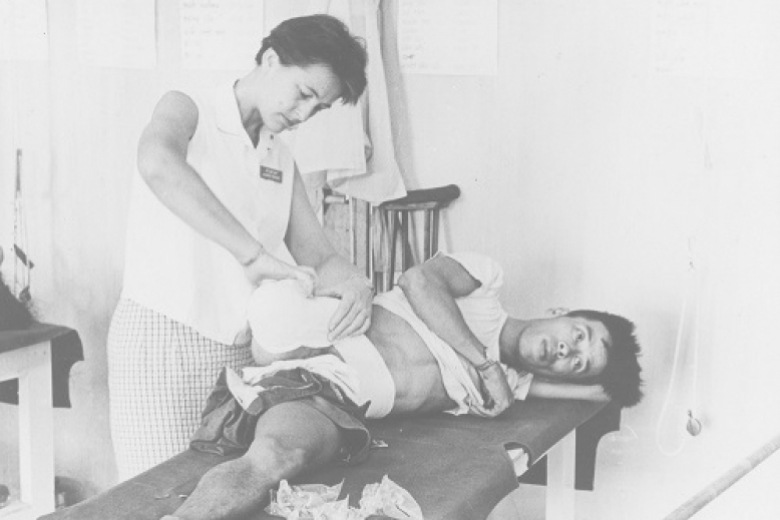 I was a Staff Member
Dot Weller

I was a member of the AFSC program in Quang Ngai, Vietnam from July 4, 1967 to November 21, 1971. This was a rehabilitation program for civilian war injured in Quang Ngai. This area was chosen as it had the highest percentage of causalities in South Vietnam. This project was aimed at establishing a rough rehabilitation facility and providing treatment for as many as we could. Our team consisted of physical and occupational therapists, MDs, nurses, social workers and numerous others who kept us going.

We tried very hard to learn the language, the culture and to assimilate ourselves into the local demands of life. We hired all local people to work with us and recruited widely for students to enter physical therapy and prosthetic classes. Our goal was to build and train the local people so that they could take over when we left.

Proud to say we achieved just that.

This has been one of the most significant episodes of my life. It has broadened my awareness of the needs of people around the world who are suffering from war, famine and deprivation of human rights. Working with AFSC gave me an opportunity to serve in those areas and watch them respond to needed care, trust and love that built up among us. Working in a war zone, enduring the tragedies, the triumphs, the fear with all the people--will change you. You will not come back the same person.