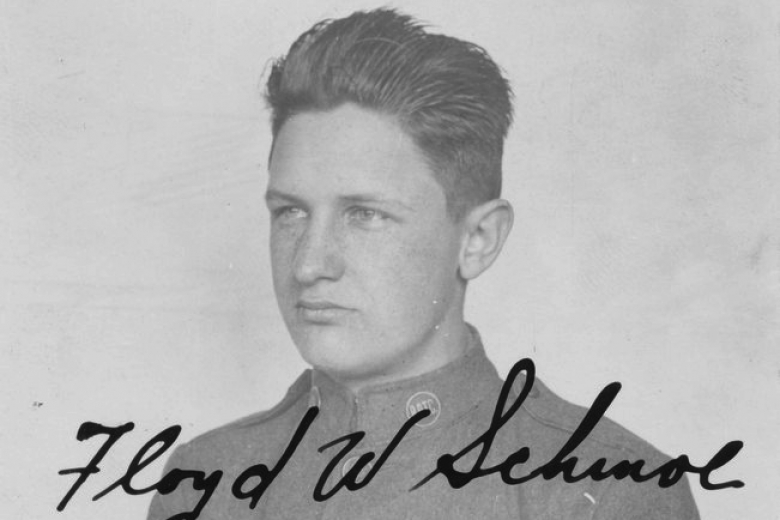 I was a Volunteer
Floyd Schmoe

From an AFSC Oral History:

We got a call from [The Hoover Commission] one night, asking for volunteers to convoy a train load of relief supplies from Paris to Warsaw. The Poles were still fighting on the East Front [and] they were not only suffering from the war but from a typhus epidemic.

We got out of Paris late at night.I remember when we got to Berlin, [it was] before daylight on Easter morning in l9l9. We were parked at the side of a railroad yard only a few feet from a high woven wire fence. That morning, Easter morning, I was standing in the door of this boxcar that we used for commissary and cooking, having breakfast.

A little girl, little seven- or eight-year-old blonde fraulein, came up to the fence and was hanging on the wire with her two hands looking up at me eating. I saw she was hungry and I looked around for something to eat. And I found the French Red Cross who had outfitted us had put a wooden pail of hard candy, the stuff you used to get at Christmas time [in our supplies]. So I got a handful of this and I passed it through the wire to the little girl and she did a little curtsy and a "danke shoen" and ran. In about 15 minutes she came back with a dozen other kids and we passed out the entire pail of candy that morning.

The interesting thing is that 70 years later, in Seattle, I was talking at a FOR [Fellowship of Reconciliation] meeting and I told the story as I've told you. A young man got up immediately, he was a guest of someone at the meeting, a student from the University of Hamburg. He popped up and he said, "That girl was my grandmother! She was in Berlin at that time and she has told me that same story." After 70 years! This is bread upon the water coming back, definitely.