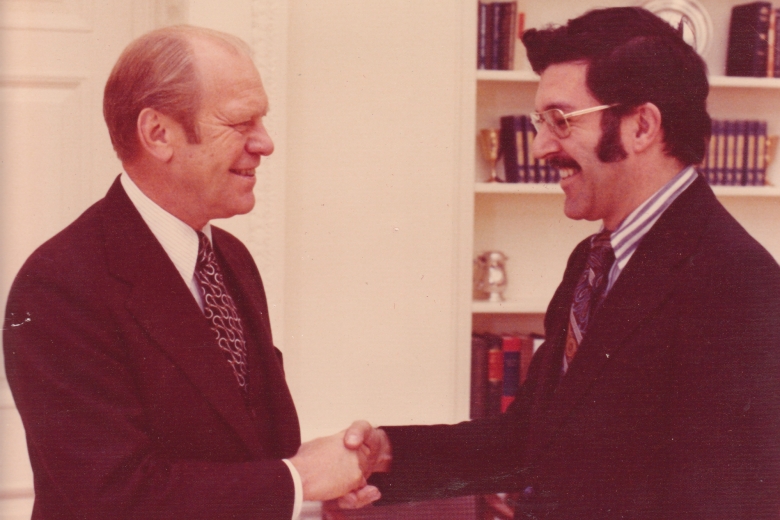 I was a Participant
Gerald Lee Kamens

Well over six decades ago, at the age of 19, I worked one summer in a private mental hospital, the Institute of Living, in Hartford, Connecticut. I was a member of a small unit sponsored by the AFSC – an outgrowth of alternative service arrangements designed for conscientious objectors to serving in the armed services. Only one of us was a conscientious objector, our only Quaker, who, if I recall correctly, was our most aggressive and pugnacious member.

The Institute’s patients were mostly well-to-do, or at least had relatives with lots of money. It seemed to be an incongruous setting for a Quaker service unit. A few other such units went to public State hospitals, where they could fill in for vacationing regular staff. But in those long-ago times, many states – even Pennsylvania, where I lived, and attended the University of Pennsylvania – required loyalty oaths from their employees, even their summer temps. A big no-no, as you could imagine, for the AFSC. Which is how I ended up working for a few months in a well-appointed private mental hospital. We even had a nine-hole golf course and an outdoor swimming pool. We used to joke that the way you could tell the staff from the patients was that the latter were better dressed,.

It was an enormous learning experience for me and, I imagine, my summer colleagues After a week’s exhaustive orientation, we were assigned to deal with the sort of raw emotions and occasional violence that few of us had previously experienced. Years later, I wrote and got published several short stories about these adventures (they’re online). Not quite One Flew Over the Cuckoo’s Nest, but perhaps more subtle.

That most formative summer experience, along with attending Frankford (Philadelphia) Friends Meeting and Weekend Work camps with Quaker guru Dave Richie in Philadelphia, shaped me in many ways. I got to understand better the Quaker slant on an unusual kind of Christianity, on war and peace, on race relations, and on finding, and being true to, your Inner Light – although subsequently the Religious Society of Friends and I had different perspectives on what constitutes that Inner Light.

These experiences helped me grow and discover many things about myself. They helped lead me to many of my subsequent vocations and avocations. Volunteering for over four decades with hospices and grief support. Studying comparative religious extensively, particularly, the sociology and psychologies of believers and non-believers. Steering me into teaching, acting, and writing, both fiction and non-fiction, for both adults and children.

My academic studies focused on communism and Soviet-US foreign policy. I subsequently worked in the US Government for over three decades, in international relations – in such places as the White House, the US Senate, and – that’s why my Friends meeting sent me to Washington to work for peace? – the Office of the Secretary of Defense (Robert McNamara), on Vietnam. Later, in the US foreign aid program, I managed programs in such hot spots as Cambodia, Egypt, Lebanon, Israel, and the West Bank and Gaza..

After leaving US Government service, and attempting to make up for my sins, I worked for the largest private conflict resolution organization in the world., Search for Common Ground – trying to help reduce political and religious polarization in our country. You can see what great success I had!