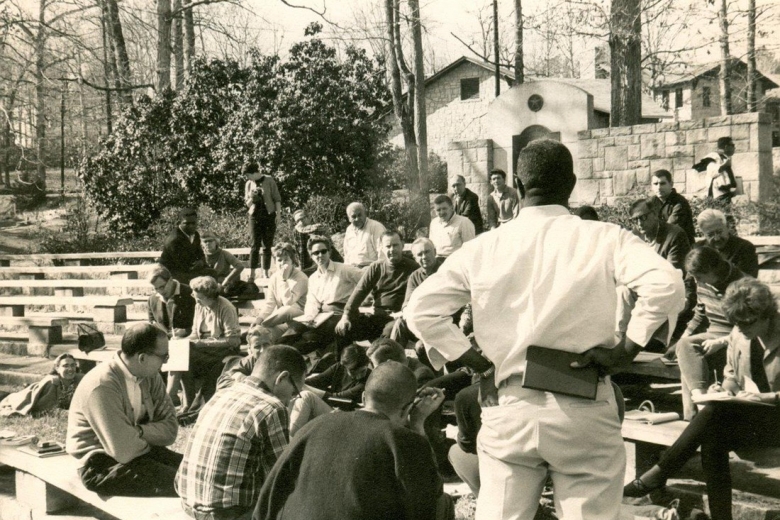 I was a Partner
Grace Stone

My husband Al and I became involved with AFSC because of Winnie McPhedran. She went with the American Friends Service Committee to Tokyo from 1951-1953 where she lived with and aided destitute Japanese families relocated from Manchuria at the end of the Japanese occupation.

We met Winnie in Atlanta in the 1960s. We were all working on school desegregation, voter registration, and housing integration – never easy and not always safe.

Winnie introduced us to Connie Curry - AFSC’s Southern Field Representative in the 1960s. While Al and I never worked directly for the AFSC; we were working alongside the organization in the context of civil rights.

For us, peace and civil rights were all mixed together. Al spent a night trying to convince Emory students not to burn down the ROTC building. They were so angry but I didn’t see that as a way forward. In the end, they let the building stand.