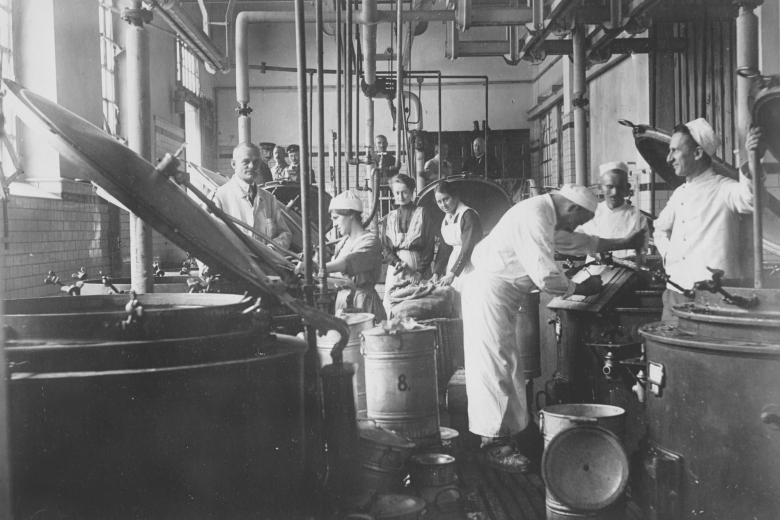 I am a Supporter
Greg Barnes

AFSC volunteers made their first acquaintance with Germans while still in Verdun. Rebuilding the region went faster with the help of the able-bodied German soldiers kept idle in French stockades. New bonds developed. One diarist reported a friend saying, “You know, they’re human after all,” and another responding that their language was more congenial than French.

French military authorities would not allow the Friends to pay the POWs for their help. The joint Amis contrived a response: A snapshot was taken of each prisoner and each man wrote a letter to go with it. Then a small party of British and American Quakers set out for Germany. There they found the families, mostly in misery and want. To each family they delivered a picture, a message from their loved one, and the money that he had earned for them.

The Friends authorized a special allocation of 14,000 German marks to recompense the POWs for their time. The three who made the four-month trip—Ronald Hotson, Solomon Yoder, and German-speaker Constance Gostick—were unable to locate all the families, and some they found only after the POWs themselves returned, but they brought hope to more than 300 households that had long lived without it. In their report they recounted the reactions when they gave the signed photos and 20 Deutschmarks for each day worked to the families, e.g.: "I was able to pay my visit in Rudelstadt that evening. After an hour's search we found Frau Lindner, living with her parents. . . . In the excitement of news from a husband five years from home, both wife and mother-in-law tried to speak at once."

Most family reactions were less subdued than the Lindners’. The emissaries’ experience was a harbinger of Friends’ later success in Germany when they, almost alone in the world, offered the German people nourishment of body and soul.