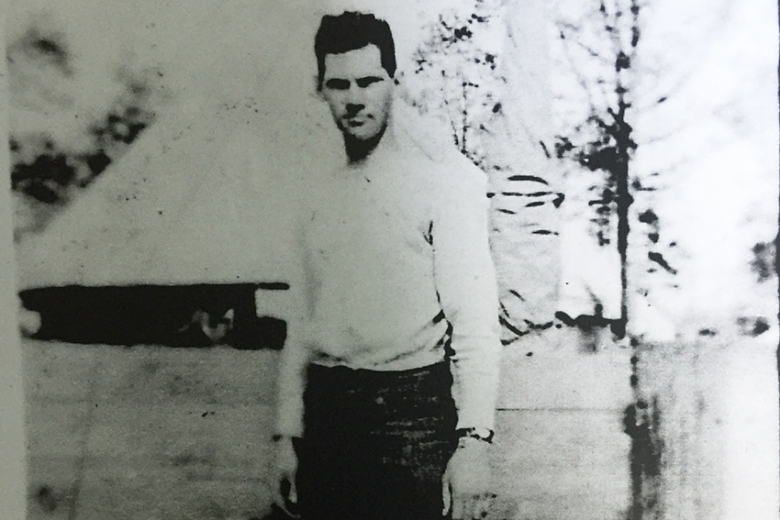 I am a Supporter
Grace Stone

My father was a machine gunner in World War I. In 1918 his machine gun squad participated in an attack. The men were given numbers. Number one fired the gun. Number two kept feeding new belts. Three and four loaded fresh belts and the remaining carried ammunition. Number one carried the tripod, which weighed about 50 lbs. and he would set it up at the appointed spot. Number two carried the gun itself, which also weighed about 50 lbs.

Father was number one.

During the night, he was assigned some task which took him away from the squad. When he returned, he found that his corporal had been killed. As number one, he became acting corporal in addition to his other duties. We don’t know how far he got before he was wounded, but it was far enough so that he had real difficulty getting back to an aid station.

The machine gunners would stand up above the trenches and were subsequently mowed down. When my father was shot in the shoulder he was 19 years old. War was not what he thought it would be – he enlisted because he thought war would be romantic.

Perhaps his experience pushed me to support peace all of my life. My husband and I were always writing and demonstrating for peace. My father’s experience seemed so senseless.