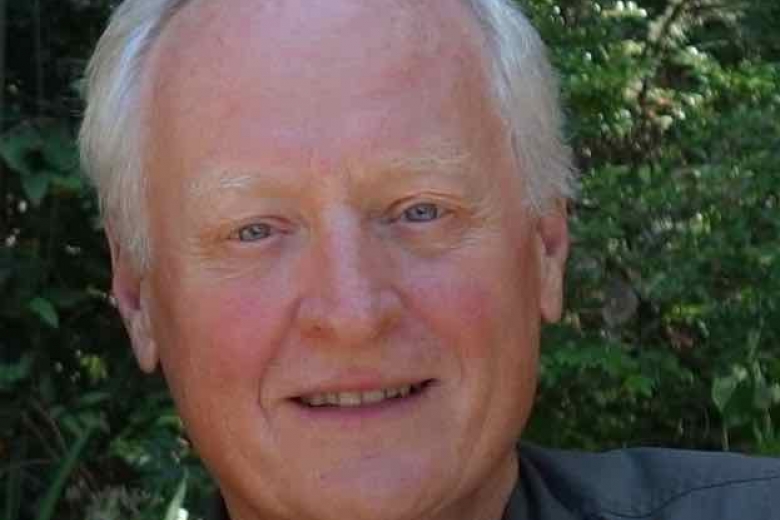 I was a Staff Member
Joe Volk

My Introduction to AFSC

My introduction to AFSC happened at a time when I was in trouble and needed support. Long before I knew Quakers or worked at the American Friends Service Committee, I was a soldier. In the summer of 1968, my U.S. army unit, A Troop 4th of the 12th Cav, 5th Division, was ordered to Vietnam. It was a mechanized outfit, stationed at Fort Carson, Colorado. I was in the light weapons platoon. I opposed the U.S. military intervention in Vietnam and knew that, when the time came to leave for Vietnam, I would refuse to go with my buddies.

I knew too that my refusal would appall and humiliate my conservative family back in Ohio. They would not support me. I turned to my church for support, but my denomination’s pastor in Denver said, “Joe, you should take this opportunity to serve your country by going to Vietnam.” I said I would serve my country better by refusing to go fight an illegal and unjust war. “Ah, you’re just like my two boys. They’re both in Canada now,” he said. Although he could not in good conscience help me, he wrote a note on a small piece of paper, handed it to me, and said, “Go see these folks. They may be able to help.” I thanked him and left the church -- in more ways than one.

His note gave a name, American Friends Service Committee, and address for a Draft and Military Counseling Service. I found my way to that storefront. It was open. Two young guys with beards welcomed me. They introduced themselves as Holmes Brown and Chester McQuiry. They invited me to sit down to chat, and I told them my story.

Holmes and Chester were good listeners. They asked good questions to make sure that they understood my situation. They sought to make sure that I was, first of all, sane, and, having confirmed that I was, then to confirm that I understood the potential consequences if I refused to go. They were frank, I would get into a lot of trouble for refusing to go with my unit and could expect a court martial and doing time in an army stockade. They pointed out that I could still change my mind, if I wasn’t prepared for that kind of outcome. In short, they didn’t see me as an opportunity for the peace movement who had just walked into the office. Instead, they practiced real concern to support me, as I was guided by my conscience.

Yes, I could accept those consequences. I felt that I could do no other. Then they brought up one more thing. They pointed out that Martin Luther King, Jr. had been assassinated only a few months before; that racial tensions were at a boiling point, and asked whether I had seen reports of racial tensions in army stockades. (I had.) I might encounter difficult racial conflict once I was confined in the stockade at Fort Carson. Did that change my mind? No.

So, Holmes and Chester gave me the bottom line describing in detail what would probably happen to me, that is, they described how the army process worked. One also said, “You know, it might help to protect you while you’re in the stockade if someone outside called the commander of the guard once in a while to ask how you are. Would you want someone to do that?” Yes, definitely and thanks.

Before I returned to Fort Carson, Chester took me hiking in the Rocky Mountains for an afternoon. Then I took the bus back to Colorado Springs. Their forecast turned out to be exactly what happened. – a general court martial, sentenced to 6 months confinement, 2/3 forfeiture of pay, reduction in grade to E-1. I did less than the 6 months, and racial relations among us soldiers-in-confinement were harmonious in my experience. After about a week in the stockade, the commander of the guard, a major, came to see me. “Someone has called me to ask if you are doing all right. Are you?” Some anonymous Friend in Colorado Springs, who did not know me, had taken the time to call the army to ask how I was doing, and, thereby, convey to the army that I was not alone in my confinement, even though I was by myself there. That made a difference for me at a very difficult and lonely period in my journey.

Thank you Chester, thank you Holmes, thank you anonymous Friend, and thank you, the community that is the American Friends Service Committee. You were there for me when I needed a friend. #-#-#