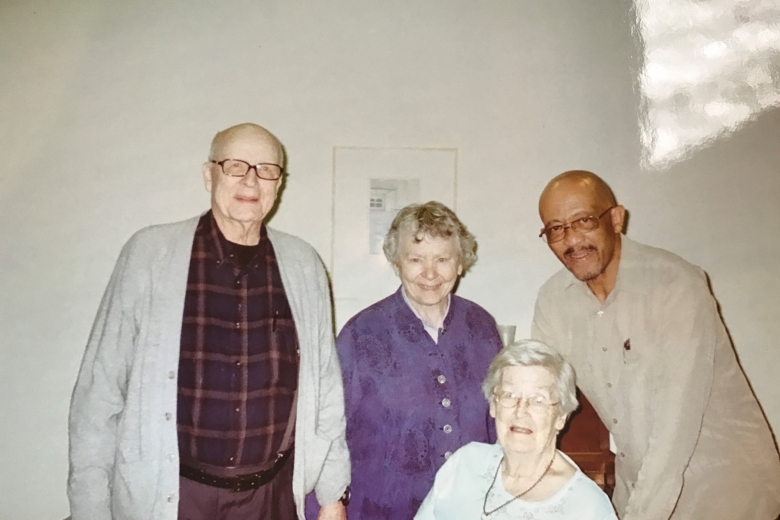 I was a Supporter
John Michener

My wife and I took Howard Smith into our home as a “member” of our family for the 1958-1959 school year. Howard lived in Prince Edward County, Virginia where the public schools were closed for nine years rather than being integrated as directly ordered by the US Supreme Court.

In December of 1959, the Southern Interagency Council called a meeting of various educators and community leaders, including the AFSC, the NAACP, and the Southern Regional Council. The AFSC decided to place older students, who might otherwise give up on further education, in private homes around the country so that they could resume their education. Thus they were able to attend school, and many received their high school diplomas miles away from family and home.

When he’d gotten on a bus to go north, Howard left a community that barred black and white children from going to school together, and watching movies together, and from eating a hamburger together in a diner. Then he arrived and went home with a white family. “It was a mindblower,” said Howard. “No one ever told me that my parents were going to be white.”

We took Howard, who had never been out of Prince Edward County, on two driving trips with our family. We lived in a three-bedroom house and our daughter had one bedroom so Howard shared the other bedroom with our three sons.

We have kept in touch all of these years, writing letters back and forth. In 2014, we had a reunion dinner in Maryland and in 2015 we visited Prince Edward County to tour Moton Museum - former Moton High School. Howard said his year with us was a turning point in his life.