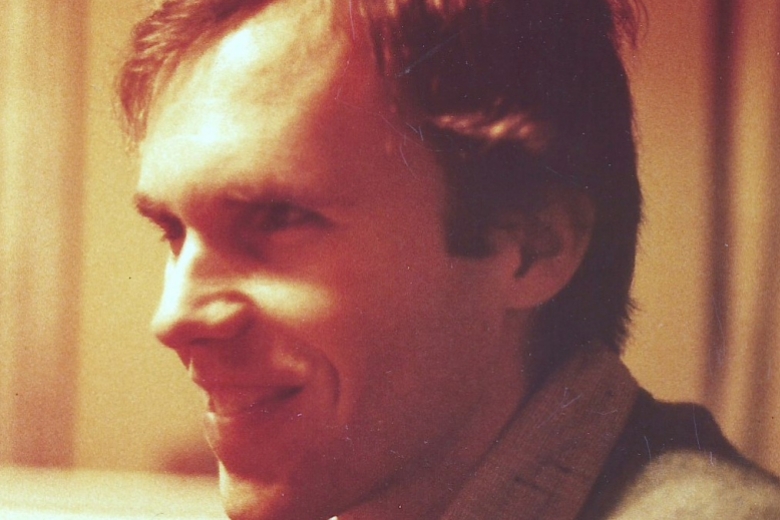 I was a Participant
Michael William Murphy

My involvement with the AFSC was brief, but it set into motion a chain of events that completely altered the course of my life. In the beginning of 1970 I graduated from college in Syracuse, NY. I lost my student deferment and was soon called up for my pre-induction examination. I knew I wasn't going to allow myself to be shipped off to Viet Nam: the idea of war seemed insane to me. I was prepared to go to jail if necessary.

Fortunately, there was an AFSC office in town, so I contacted them. They counseled me, helped me with my application, and recommended getting supporting letters from priests at the Catholic seminary I had attended for three semesters. Thanks to thorough preparation, my interview with the draft board was simple. All they wanted to know was, would I perform my alternative service without giving them any more trouble. I agreed.

For service I found a job in a mental hospital in Rochester, NY, the required distance from home. It went smoothly, and I behaved myself for two years. A few days after completing my service a friend invited me to travel to Washington, DC in a big station wagon with five others to lobby against the war. In DC we joined a larger group organized by Dr. Benjamin Spock and Rev. William Sloane Coffin.

After a day of lobbying with little success, we gathered in the rotunda of the Capitol building. Frustrated, the group decided that we would engage in civil disobedience and refuse to leave at closing time. Police informed us on a bullhorn that we would be charged with "breaking and entering" and could serve significant prison time. Most stayed, and 133 of us were arrested. I remember feeling two things in jail that night. One was that I was a prisoner of the most powerful nation on earth and that I might be for years to come. However, as the night went on, spirits in the cell block were high. We sang song after song, and I felt an inexplicable sense of strength and freedom grow inside of me.

We were tried in small groups the next morning. Most were convicted, sentenced to time served, and released. One of our group of six was not tried. She was still being held because she had refused all cooperation with the jail. She was one of two quite young women in in our group who seemed to be deeply informed by Quaker non-violent principles. She was finally released later in the day as "Jane Doe". She had succeeded in refusing any cooperation. They did get her finger prints, but they had to strangle her into unconsciousness to do it.

I soon discovered that the other woman had recently spent time in prison for war resistance. She had been sentenced to 30 months in prison, but had been released to a hospital after two months because she had refused to eat. She too, had proven stronger that the system.

Back in Rochester, I spent time with these women trying understand the basis of the amazing spiritual power they had to prevail over oppression. They steered me toward the writings of Gandhi. This opened up the whole world of eastern spirituality to me. Within a year I became associated with an organization that promotes world peace through meditation. Serving in that organization, I met Susie Beerits who became my wife. Oddly enough, it turned out that her father, Henry, had been Chairman of the Board of Directors of the AFSC during the time that I got help from them. We still work in the same meditation/peace organization today.