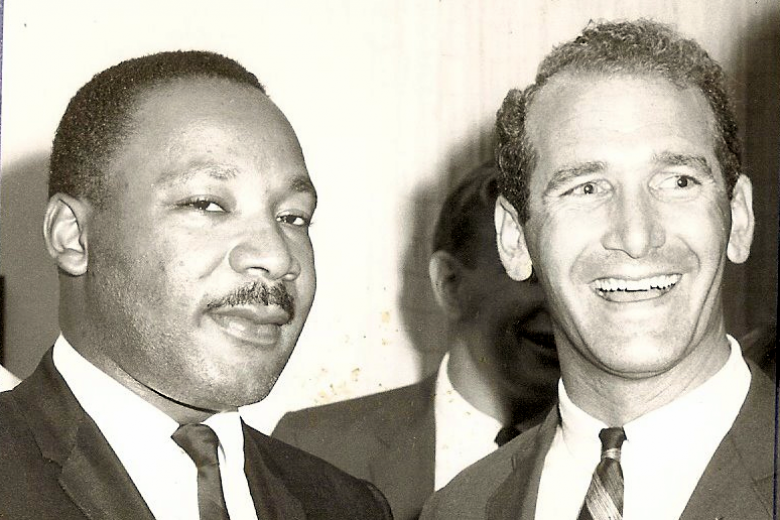 I was an Activist
Norval Reece

Martin Luther King and Quakers crossed paths quite often. The American Friends Service Committee sponsored his trip to India in 1959 to study the non-violence of the Gandhi organization. Bayard Rustin, one of the organizers of the March on Washington, was a Quaker – as was Joan Baez, one of the singers. And several of us from the AFSC marched with King and met with him. After King’s trip to India, he wrote a letter to his contact at the AFSC, my future sister-in-law as it turned out, Corinne Johnson. King at the time was 30; Corinne Johnson was 29!

King said: “I gained some meaningful insights while there (in India) and I am more convinced than ever before of the potency and rightness of the way of nonviolence as a method for social change. I believe I came away with a deeper understanding of nonviolence and also a deeper commitment…."

Four years later, King was arrested in Birmingham, Alabama -- for holding a parade without a permit. While in jail he wrote the astounding “Letter from a Birmingham Jail,” part of it in newspaper margins and on scraps of paper smuggled out by his lawyer. It was first published by The American Friends Service Committee which ran off 50,000 copies! It is a stirring defense of nonviolent resistance to racism, arguing that people have a moral responsibility to break unjust laws. It was a brilliant rebuttal to the eight white ministers in Alabama who had publicly advised King in an open letter to the newspaper to “wait” before taking direct action.

The American Friends Service Committee nominated King for the Nobel Peace Prize which he won in 1964.