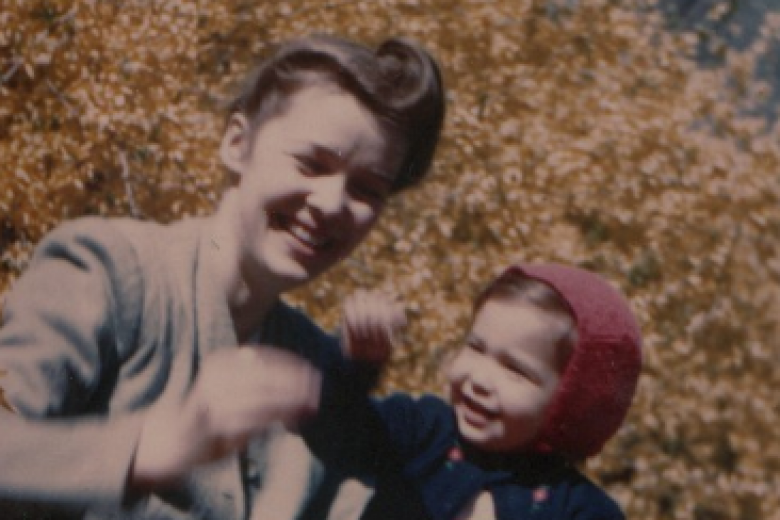 I was a Participant
Terry Hoskins Michel

I was a child, living in Shanghai, China, from 1946 to 1949 at a time of civil war. My parents were Lewis and Lois Hoskins who followed their Quaker vision by joining the AFSC's Friends Ambulance Unit (FAU), “to provide an organized alternative to violence during a war, that we might become a living witness to the capacity for unconditional mutual respect and love among human beings.” Over all the years of WWII and the Communist vs. Nationalist civil war in China, the FAU operated in this spirit, first out of Britain, and finally when the AFSC, under Anna Brinton, took over the effort, and my father Lewis Hoskins answered the call.

When my mother and I joined Lewis in Shanghai, I was 2 ½. He had left us expecting to return to us after one or two years of service, while my mother and I lived at Pendle Hill. Howard and Anna Brinton lived at Pendle Hill, and the AFSC operated a preparatory program for AFSC volunteers headed for post-war Europe and reconstruction, and for the Far East to aid in the FAU effort. My mother closely questioned all China hands as they returned home, about Lewis, the work they were doing, and the opportunities for her own service in China. She wrote to Lewis, “I can only come to China if I can do something of service!” Anna Brinton set up an AFSC hostel by purchasing a marvelous building occupying an entire city block in Shanghai that was enclosed by a wall, had outbuildings for storage, a large garden, and many rooms to house volunteers. My mother saw herself managing this facility, and so we sailed to China on a US Navy ship.

Lewis was the first China hand to have his family join him in Shanghai. Therefore I was the only child for nine months. How spoiled I was! But the use of Navy condoms proved incompetent, and once girlfriends and wives joined us, many babies appeared! Weddings were frequent, usually held in the garden/grounds of our hostel. I remember dancing with many young men (mostly riding on their feet) and loving my popularity!

There were lots of times when my dad was gone on very long trips. He was scouting former hospital sites which had been bombed by the Japanese, to take inventories, help determine where AFSC medical supplies could do the most good, and re-establish centers for medical care. He was not a medical man, so was in charge of organizing the storage, distribution, and delivery of supplies and manpower to these medical centers. He proved to be a talented organizer, distributor, and leader. When our family returned to the U.S. (after my baby sister had been added), Lewis was chosen to be the Executive Secretary of the AFSC, following Clarence Pickett, and he remained in that post for nine years, between 1950-1959. Once again we lived at Pendle Hill, where the AFSC “governor's mansion,” Waysmeet, was our home. I always thought the white picket fences around the gardens of Waysmeet were named after Clarence Pickett!

All four of us Hoskins kids lived and grew up (partially) at Pendle Hill, but only I lived for three years in China, returning home at age five. I have recently been studying that period of Chinese history and reading letters exchanged by my parents when Lewis first left for China. More recently, Lewis and Lois Hoskins spent a year living in Xian, China, teaching English (1986-1987). My sister Laurel, and my own family (Tony Michel and our two children, Joel and Sarah) went to visit them in China and met some of their students and colleagues. China and the FAU, and therefore the American Friends Service Committee, have been an enormous part of our lives, and have influenced us in many ways. I was the beneficiary of Mom and Dad's youthful optimism, vigor, and spirit of their faith in humankind.