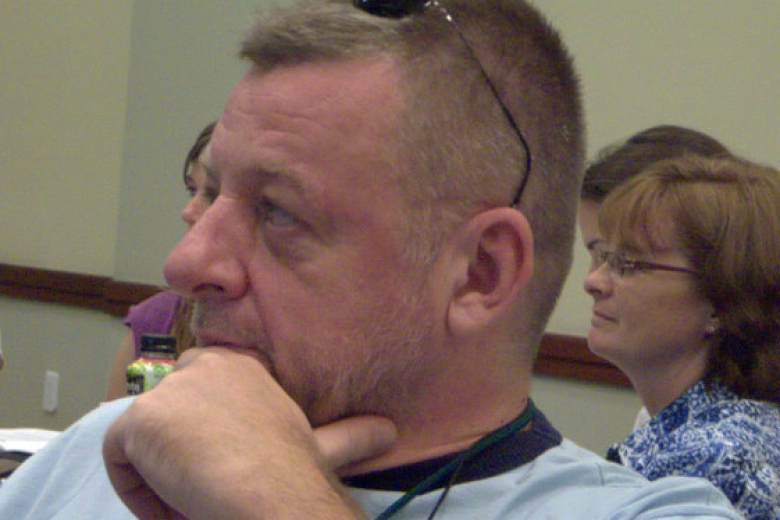 I was a Staff Member
Davorin Brdanovic

In 2000, in an effort to provide a safe environment where people from Bosnia’s different ethnic groups could meet and work together, the AFSC established its first peace garden in Sarajevo. The garden provided low-income and war-traumatized families a place to grow food and engage in horticultural therapy. From one garden in Sarajevo, the project has expanded to 15 gardens spread throughout the country, involving more than 3,000 people.

The AFSC peace garden project in Bosnia was not just about food. Reconciliation and regaining of trust among people of different ethnic backgrounds that suffered a lot during the war were equally important. We’ve tried to make a secure space where thoughts and opinions can be exchanged freely. It was amazing to witness the transformation of people participating in the project--from being victims into becoming confident gardeners, useful to the communities and their families. Even today, I am receiving phone calls from different NGOs and people asking me if AFSC is still working in Bosnia and Herzegovina. AFSC did a great job here and I am very proud that I was a part of that magnificent story.