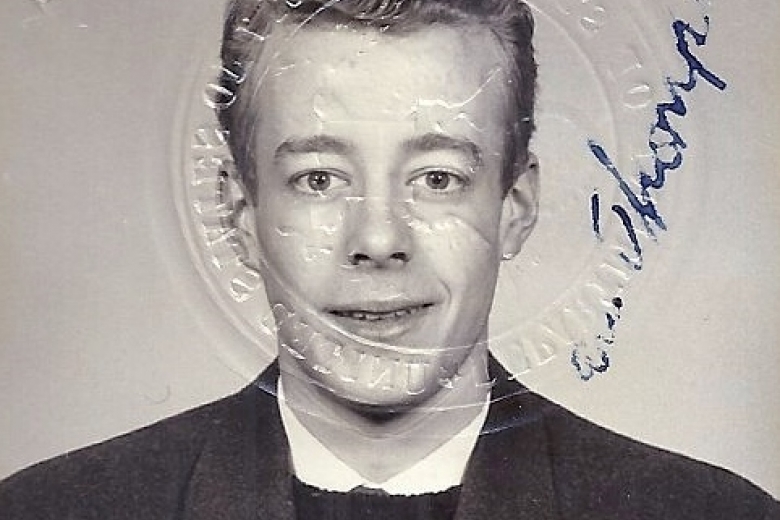 I am a Supporter
Eric Thompson

Some of my earliest memories are of the American Friends Service Committee. My father worked for AFSC when I was a child. He was doing his alternative service. I remember accompanying him on the B & O on a trip to the NY office for his work as the expediter. He died when I was 5 in a plane crash on his way to do relief work in Europe.

I was a member of Germantown Meeting and Steve Cary, who I knew to have been an associate of my father, would speak at Sunday school classes about the work of the Service Committee. And then of course I remember going to the clothing warehouse with my mother.

The Service Committee remained an important part of my life. It is where I found employment after dropping out of college. My work as a minion in the fundraising department during the tumultuous 60s was formative.
I started in 1963 and almost immediately I worked on the mailing of Martin Luther King's "Letter from Birmingham City Jail," published by the AFSC. At the Service Committee everyone came together for staff meetings – even minions – so that we were all part of the process. I remember the mood at the time was so energized. Everyone knew we were doing something important.

There were many people with whom I worked that I admired, Margaret H. Bacon and Natalie Kimber both come to mind. Margaret was the Director of Information Services and penned wonderful writings. Natalie was helping to reconnect refugee families – work that tugged at my heart because I could identify with people who had lost family members. Working at the Service Committee, you couldn’t help but be influenced by the people.

Then in 1966 I was drafted and I had to make the same choice my father had made so many years before me – go to jail or do some sort of service. I believed that we should all be obligated to serve but not in the military. And so I went through the complicated process of appealing to the draft board with the Service Committee counseling me in the process.

I look back and I really appreciate the work that the AFSC did, and continues to do today. They try to address the problems of the world in a way that is not prescriptive. They listen to everyone – including the other side. They partner with, instead of doing for. They work to build on things people have in common. It was an important organization for me – and many others – in times of transition and change.