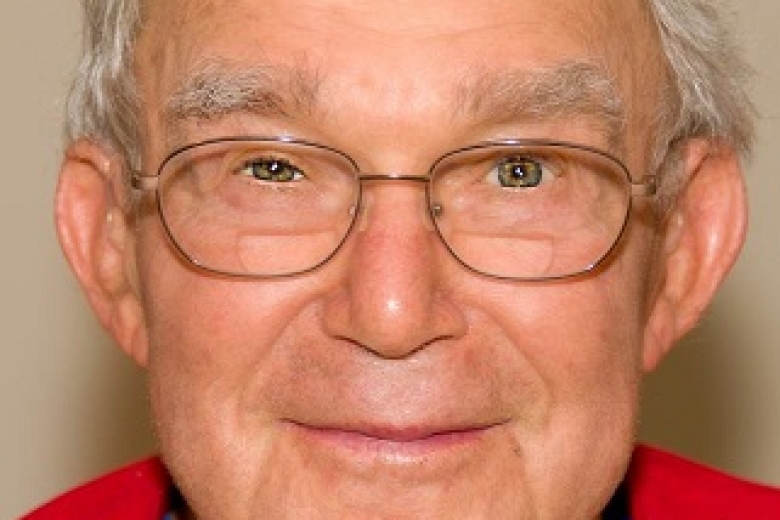 I was a Volunteer
Isaac Rehert

December 7, 1941. It was a Sunday. I was a senior at Western Maryland College and my neighbor, Ken, yelled out, “the Japanese are bombing pearl harbor!” It turned out to be one of the most important days of my life.

A few of us in the peace movement had resolved as individuals that we were not going to war, but we didn’t know a lot about the process of resisting, so we did our homework. In this way, I first became introduced to the Quakers. They had experience with war resistance. I look back now and see that the choice bent my life in a new direction. As I result, I wound up in prison for nineteen months for refusing to cooperate with Selective Service. I went in as a child – only 20 years old – and came out at the age of 22 unable to return to the conventional life I had been leading.

The first stop was a six-week training program at Pendle Hill. Half of my time was dedicated to the very practical task of learning how to manage a big truck. The other half of my time seemed to be consumed by learning about Quakerism. After a few weeks of this I felt like I needed to set the record straight. My plan was to quit the program so I told our leader, “I am in the wrong place – I don’t intend to be a Quaker missionary!nI just wanted to do some good.” She told me to stay and take heart, that others in our group had the same mission.

In Paris we continued our training before I was assigned to the French occupation zone in Germany. Our mission was to aid people in communities damaged by the war and bombardment. The post was very difficult for me. I came from a Jewish home. In the Jewish community, Germany was considered a vicious place full of cruel people. I was wearing a Quaker uniform but I knew that if I had been in the same place two years earlier my life might have been cut short in an oven.

The German population at that time was on very short rations. Among other things, Quaker teams were providing supplemental food to children. After two years volunteering with AFSC in France, Germany, and Austria, I got a paying job with the International Refugee Organization (IRO) where I stayed for three more years in Austria.

In 1952, I returned to the United States. Return was not easy. I was now 30 years old and had not taken the typical path. I had left the ruins of Europe, with which I was familiar, and returned to my own country which was less familiar to me. I felt lonely.

But then I met a girl. Ingrid was a refugee from Estonia. She didn’t fit in either. She had suffered terribly during the war in refugee camps. We married and started on her dream, our dream, to put down roots in America. We bought a little farm on the Eastern Shore, and some cows.

My life took many turns. I was a farmer, a teacher, a Baltimore Sun crime reporter and then later a feature writer, and ultimately a poet. For years I did what I had to do to support my family – I was not focused on ideology or beliefs. But I was always aware that the war machine was all around me. I remember when the first Gulf War started. The very next day I was at Quaker Meeting. I needed to be around people who were concerned.

As a young man during World War Two I had made a decision to be a war resister. When you make a decision of that magnitude at age eighteen, the effect of that decision stays with you all of your life.

Years later I remember my post-war relief work training at Pendle Hill. I remember making it clear that I was not Quaker, nor did I want to become Quaker. And yet, now I consider myself a Jaker (Jewish Quaker) so somewhere along the way the Quaker seeped into my soul.