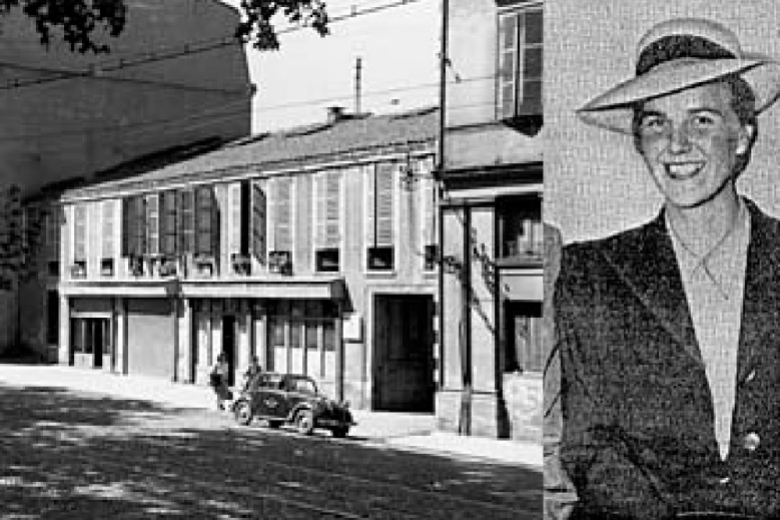 I was a Staff Member
Marjorie McClelland

I have to sit right down and write to you about the receipt of your telegram yesterday, announcing that the two affidavits were being sent to Washington for the Rosenfeld family [enabling them to leave France for a safe country]. As I came into the hall, Mr. Herbert Rosenfeld was there with Knut, the baby, looking somewhat discouraged. Mrs. Rosenfeld was having such a hard time getting any food, and fuel for cooking was becoming almost unobtainable. Mr. Rosenfeld could see her only infrequently when he was granted a day's leave from [Jewish internment] camp, and there seemed to be no hope ahead, no bright spot. He was feeling that he never should have married her and involved her in [his life as a Jew].

Mr. Rosenfeld was about to leave...As I read your cable I ran out of the room and up into the front hall, where I found that Mrs. Rosenfeld was there and they were just stepping out the door. They read the cable and the husband turned to his wife and kissed her, and then the tears started to run down his face so that he had to step out of the hall and be alone for a few moments, holding the baby in his arms. Then there was such joy and rapture unconfined as I've rarely been a party to.

Knut seemed to catch the spirit of the occasion and threw back his head and laughed in deep gurgles and clapped his hands and bounced up and down and we grow-ups did practically the same things. I felt duty bound to point out that they were not yet on the boat, that the papers were still to be approved and the passage to be dug up, but there is hope again and one can live under any circumstances if the heart is fed by hope.

An electric current of pleasure ran through the whole office: "Did you hear?", and "Isn't it wonderful?"...One happening like that makes us feel that it is worth while, the discouraging, unsuccessful hundreds of hours we spend. The "Unknown Affiant' [person who swears an affidavit] is honored here; perhaps you will want to communicate some of this to him, so that he many know somewhat of how his action is appreciated, and what joy he has spread.