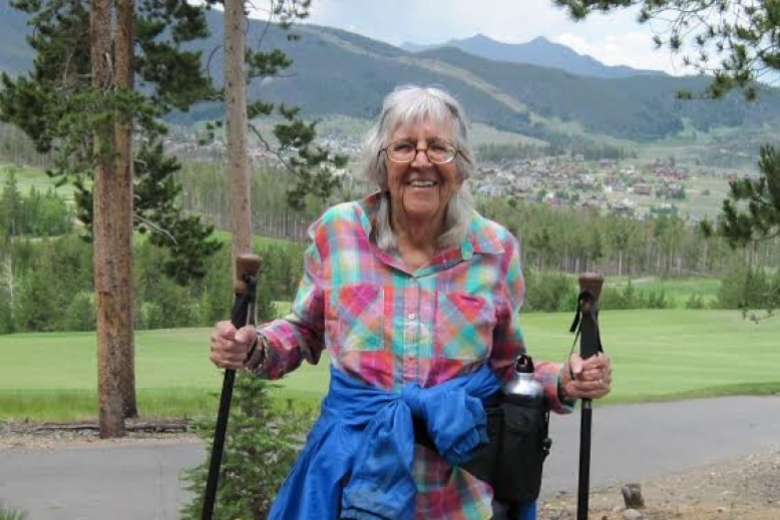 I am a Supporter
Ruth Lipski

Some time ago I was asked why I joined AFSC, and whether I had ever rendered any volunteer services. Well, my case is very unique. I joined out of gratitude to the Quakers. I owe it to the Quakers that I now live in the USA! I was born in Berlin, Germany, where my father Dr. Fritz Kunkel was a prominent psychiatrist, author of many books, and lecturer. When the Nazis came to power in 1933, he was aghast at their ideals and hoped then that some day he would be able to emigrate to the USA. He was acquainted with the Quakers, whose ideas he shared. I remember the name "Douglas Steere" mentioned often at the dinner table. In 1936 (and again in 1939), the Quakers arranged for him a three-month lecture tour through the United States. At that time, he was determined to bring his family to the States.

To make the transition to America easier for his children, he sent his oldest three to an international boarding school in Holland, which was run by the Quakers (Quaker School Eerde). World War II broke out in September 1939 while he was still in the USA. He refused to return to Germany even though he was supposed to. I was scheduled to enter Eerde on September 1st when the war broke out, I was not allowed to leave Germany. But, on September 19th, my 14th birthday, it was possible for the owner of the school, who was Quaker, to get me across by picking me up personally at the border. That was truly a miracle! No one else was allowed to cross the border for several weeks. I very much enjoyed my years at Eerde, and benefited greatly from the silent Services held every Sunday, which planted seeds for my present contemplative lifestyle. IN 1947, my father was able to get a visa for me to come to the USA which has become my second home. Thinking about all this made me decide in 2015 to support AFSC financially, in gratitude.