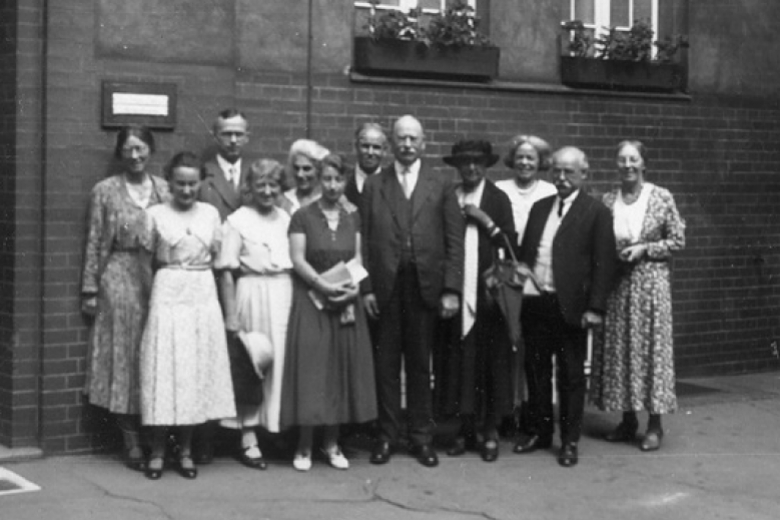 I am a Relative
Sarah Snow

My Grandfather, I called him Opa, was involved in the Quaker youth group in Berlin, Germany as a teenager during Hitler's reign. He found stimulating intellectual conversation and a wonderful network of friends. In 1938 his passport was no longer valid for travel, he was soon to be drafted into Hitler's army. Opa's mother was Jewish, his father lived in Amsterdam, and his sister was studying in France. Opa had no intention of joining Hitler's army and with help from his father and a smuggling group, escaped into Holland.

Opa reached out to an American friend, Mr. Martin, who had volunteered with the Quaker group in Berlin. Mr. Martin wisely connected him to the AFSC, who began to diligently work to find a way for Opa to come to the United States. Opa's story is fascinating and complex, and I have had the benefit of seeing the case file from the AFSC archives (now in the care of the Holocaust museum).

The AFSC is the reason why I am alive today. Without their help getting my Opa to the United States, there is a very likely chance he would not have survived the war, or at the very least would not have met my Grandmother in Kansas. I am currently writing a book and chronically going through the letters and AFSC case files on my blog www.tomandmarjorie.com.

I am so thankful to the ongoing work of the AFSC- especially their care for my Opa before, during, and after his immigration to the United States. Their work resulted in generations of people who otherwise would not exist.